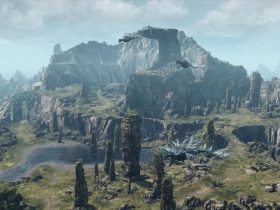 Nintendo’s share prices have fallen by nearly 10 percent since they unveiled the Wii U during their E3 Media Presentation, yet Global president Satoru Iwata has marked the stock market reaction as “very strange.”

“Honestly speaking, the reaction to (Tuesday’s) presentation and what I heard from people I met and the mood of the convention did not chime at all with what happened in the stock market”, Iwata began. “It’s very strange.”

He continued, “In the end, it is easy to get the mistaken impression that this is just a game console with a tablet. People who came to the presentation and tried it out have understood very well that it opens up a lot of new possibilities. But people who have not tried it will find it hard to believe that this controller will change things.”

“At the moment, there is a barrier between the Wii, which is seen as for casual users and the other companies’ consoles, which are seen as for core gamers,” Iwata added. “We are questioning whether that barrier needs to be there.”