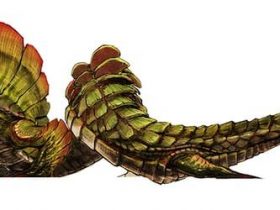 Nintendo has posted further information discussing their strategy for online services set for their forthcoming Wii U.

Such discussion was made during an Analyst Q & A Session at E3 2011, in which Nintendo’s Global president Satoru Iwata provided an insight into the company’s plans.

His full, lengthy comments are as follows:

“To start, I’ll have to say that I don’t have any materials with me today that can illustrate precisely what our online environment will be like, but I can speak generally about the direction that we are moving in.

I think, in general, the online environment is changing quite rapidly.

So, what I have come to feel lately is that the idea of saying, “we are going to create this style of online structure and that we would like you, the developers, to fit into the online structure that we are creating” is perhaps already out-of-date.

I think that Nintendo’s past console business has often included this idea of a set and fixed online structure. So, I think that, going forward, the question is really to what degree Nintendo can create a more flexible system for its consoles.

Our current direction is how we can take the desires of the third parties and create a system that’s flexible enough to enable them to do the types of things that they might want to do.

So, for example with the question of VoIP, I think then what we would like to do is work with them on how to enable them to do that. But, what we’re not going to do is to consider as prerequisite conditions that every game includes features like that because obviously there are some developers who may not want to do that.

Rather, I think we’ve come to an era where it’s important to consider how the social graph of the social networking services can work in conjunction with something like a video game platform.

So, once we get to a point where we’re able to talk more concretely about our online plans, I think that once you hear what we’ll have to say, you’ll feel that Nintendo has a policy of adapting itself to changes in the network environment in a flexible fashion rather than the one of sticking to a rigid mechanism, or perhaps you’ll notice that we have found ways to take advantage of these types of features like VoIP and social networking, where our systems have been seen as being weak in the past. However, unfortunately, we won’t be able to share anything concrete today.”