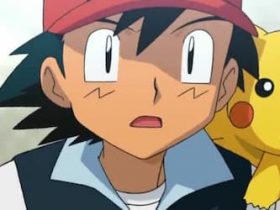 With IronFall Invasion launching in Europe this Friday, Nintendo sat down with the three-man team behind the Nintendo 3DS exclusive to discuss its development.

As we learn from the Developer Interview video, VD-Dev’s Fernando, Guillaume and Frédéric have worked in the industry for more than 20 years with their first game having been Jim Power. They’ve worked long hours to see IronFall Invasion through to release, although they reason that their smaller team allows them to make quicker decisions.

The game’s campaign component will see you play as either Jim or Samantha through 11 levels, where they are tasked with repelling an invasion of robot aliens that have targeted Earth’s mineral resources. Whereas online and local multiplayer supports six players taking each other on in six compact arenas, that they have worked hard to balance.

IronFall Invasion will release exclusively for Nintendo 3DS in Europe on February 13th.