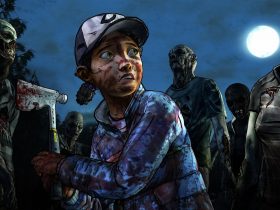 With graphics in video games constantly pressing towards ambitious heights of organic realism and complex architecture, it’s reassuring to know that there’s still a place in the market where past limitations can be carved into a style. We see this time and time again with indie developers across the world, reflecting back towards the technology from their own nostalgic gaming memories as a vision of inspiration – building new and interesting experiences as a result.

But what about gameplay? Can that also follow a similar rule? After all, trying to evolve the core mechanics that made a project so well received in the first place can sometimes be seen as a step back. Take Sonic the Hedgehog as probably the most famous example. For decades the series has never quite grasped the magic of what made the earlier games so special. Yet when Sonic Mania was released, it showed the world that if it isn’t broken, why fix it?

Ion Fury follows a similar path in its own way by taking the ever-evolving first-person shooter genre and stripping it apart like it was born in the mid-’90s. By using a modified version of the quarter-century-old Build engine, developer Voidpoint has pieced together this treasure under the publishing rights of 3D Realms – the team responsible for the loved, yet often loathed controversial bubble-gum chewing action hero, Duke Nukem. This time around we have the cocky one-liners of duchess protagonist Shelly “Bombshell” Harrison, a character who was originally intended for but written out of the incredibly long-awaited albeit ill-fated Duke Nukem Forever game.

Shelly has previously found her way into her own adventure in top-down-shooter Bombshell, which Ion Fury sits as a prequel to. Yet the design choice to have the Neo-Detroit bomb expert as lead to represent a yesteryear shooter rather than the obvious choice of the Duke himself could be a somewhat safe, yet smart, approach to not to draw too much attention from what’s really important. The gameplay.

Thankfully, this box has been ticked with a bold, black marker as the action itself feels nostalgically familiar but incredibly enjoyable in a way that it seems today is the perfect time to release something of this structure. Classic elements such as no health regeneration, hunting colour-coded key cards to press forward and shooting pixelated two-dimensional enemies with very few frames of animation are far more enjoyable in this day and age than they have any right to be. Constantly blasting enemies to bits with the boomstick is always morbidly satisfying no matter how many times the trigger is pulled, as is pacing around admiring the gory mess left behind of dead bad guys who have not magically evaporated to save on processing power.

I adored how the game would show off the Build engine as if it was presenting some sort of new cutting edge technology. Simple things like having the ability to nail a headshot or destructible walls that would explode to open up wider-scope areas boast a sense of technical progression that gets taken so much for granted these days. There’s a moment in Dr Heskell’s House of Horrors where you start off in a grand office only for it to transform into an elevator swarming with waves of enemies. In a modern game, I would probably think very little of it. However, measure such a moment in a game created with modified ancient technology and dated visuals, and it’s hard not to miss nor be impressed by it.

Each of the nine weapons Shelly ends up owning rarely ever gets underused. The shotgun – which doubles up as a grenade launcher – has the long-range of the classic DOOM days, while the trusty starting pistol has an optional lock-on ability accurate enough to pick off targets with a double-tap. I did find the pistol a little too reliable though, as its dead-eye secondary perk took the shine off manually clipping enemies from afar. Yet in spite of this, I soon grew to learn which weapon is best used for each enemy. I would often find myself quickly scrambling between different tools in the box while blasting mechanical drones with disfigured heads with the minigun, shredding brutalizers with the chain gun, and charging up my crossbow to fire off a tantrum of arrows into the chest of the much tougher foes.

The environments that wrap around the gunplay are often dense and interconnected with a sense of complexity that once again shows off how far the limitations of the modified Build engine can be stretched. Each of the seven zones would usually take me an average one-and-a-half to two hours to beat, and that’s without going out of my way to search high and low for Dick’s secret stashes. Yet, despite the lack of any round edges and heavy low-poly detail, the mixture of 3D and 2D is surprisingly good to look at, aided by great lighting effects and pixel design sewn-in throughout to help pull the wool over the eyes resulting in believable and diverse architecture. The early stages of Neo-Detroit bloom vibrant colours and a familiar grimey presence, and the cliches of laboratories and container-filled warehouses make for a humble abode to those who remember “the good old days.”

Confronting new enemies is often terrifying, mainly due to how tough they can first come across as opposed to the majority of them being human experiments spliced with cybernetic appendages. However, once I learned to exploit their weaknesses, the challenge soon began to drop regardless of how many enemies were thrown at me. Or, at least that was the case on the default difficulty setting that I beat the game on. The gameplay does eventually become predictable though, and It’s here where you could say that Ion Fury can fall victim to mirroring the past too closely. The repetitive formula of progression eventually begins to run its course while doing the run-around cycle of collecting key cards, getting lost looking for switches and watching walls explode into new pathways. I found that completing Shelly’s arsenal of weapons arrived a little too early, and with the introduction of new enemies few and far between, the impression I was fighting the same things over and over again was hard to ignore.

During my playthrough, I also happened to run into a fair share of technical bugs. The minigun would sometimes just randomly spin my view to the opposite direction, or the controllers wouldn’t seem to register after waking up the Nintendo Switch from Sleep Mode. The biggest issue was during a boss fight when the software would constantly shut down on me. I was worried that I wouldn’t be able to progress any further but I managed to get around it by making multiple quick-save points during the fight. It’s actually ironic that a game made to reflect the early days of first-person shooters would be in dire need for a modern post-release patch. The same could also be said with the lack of an inverted stick control scheme that a lot of old-school players can tend to rely on.

While some of the issues can hopefully be fixed, their presence didn’t deter from the fact that I had an absolute ball with Ion Fury. The retro fusion between gameplay and visuals felt less of a gimmick and more like a style that reminded me of a time when visual realism in first-person shooters wasn’t an expectation and a place where the genre rarely took itself too seriously. It’s a game ready to show off forgotten mechanics like a matured cheese hidden away and ready to eat. And not forgetting the modern ability to aim with motion controls – a feature I’ve learned to heavily rely on – as well as the relevant beat of drum and bass, a bit of techno and everything in between to get the blood pumping. In the words of Shelly “Bombshell” Harrison as she paints the walls violent red, “Domo Arigato, Mr Roboto!“