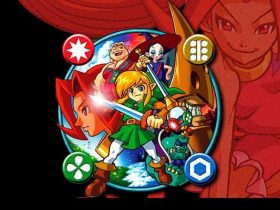 Writing in his bi-weekly column for Japan’s Weekly Famitsu magazine, Super Smash Bros. creator Masahiro Sakurai has answered questions sent in by fans who have allowed the game to storm the country’s software sales chart.

While discussing the lack of Circle Pad Pro support, Zelda and Sheik now being separate roster additions, and which character Sakurai prefers, he also discussed how players can improve their experience when they take the fight online.

“Connectivity can depend heavily on location so I really don’t know what to say,” Sakurai began in his response. “At the very least, we’ve confirmed that smooth play is possible under various conditions of external networks. During multiplayer, you’re connected with another player and sending light amounts of data back and forth, so if the game feels laggy, it’s due to the connection speed.

“If you play when it’s laggy, then the person you’re playing with will experience the same lag, so it’s best to play when the connection is clear. During development, there were cases where we had too many people and the connection became sluggish, so we turned off our cell phones and the connection would clear up. It’s best to avoid playing while streaming something or by a tethered connection. Free Wi-Fi spots are probably not very good either.”