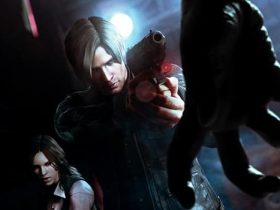 Those wishing to transfer content from their Wii to Wii U will be able to use a transfer application on Nintendo’s new console to do so, IGN reports.

The Wii U’s Operations Manual has provided the first concrete information, explaining how you may transfer Wii save data, WiiWare and Virtual Console titles, any downloadable content, Wii Points and Mii characters.

You will need both your Wii and Wii U running on either separate TV screens, or through using differing inputs on the same screen, as well as Internet access and a SD Card with 512MB or higher capacity.

With the SD Card inserted into your Wii U select the Wii Menu application from the Wii U’s home screen, and then hit the Wii System Transfer icon and follow the on-screen instructions.

You will then move the SD Card to your Wii console, and are required to download the transfer application from the Wii Shop Channel.

This will then allow you to move everything onto the SD Card, which the Wii U will then recognise once you’ve re-inserted the SD Card.

It’s important to note that this seems to be a one-way process, meaning that you won’t be able to transfer any content you’ve moved across back to your Wii.