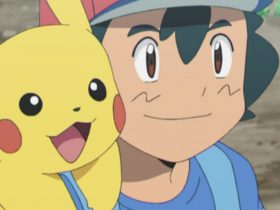 Pokémon: Detective Pikachu is now being shown at cinemas around the world, and, in preparing to see the electric mouse in action, many are now wondering how long the Pokémon movie is.

The official word is that the run time is 104 minutes, which, as a more practical answer, would be an hour and 44 minutes. But, factoring in adverts and trailers, you can expect to be sitting in the cinema screen for a little over two hours.

Aiding in the investigation is Harry’s former Pokémon partner, Detective Pikachu: a hilariously wise-cracking, adorable super-sleuth who is a puzzlement even to himself.