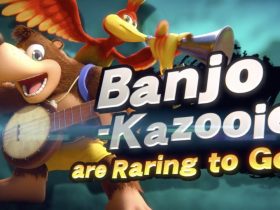 Banjo-Kazooie Are Raring To Go In Super Smash Bros. Ultimate

Perfect World Entertainment has announced that Hob: The Definitive Edition will release on Nintendo Switch this week, with Panic Button having handled this exclusive enhanced port.

The artfully crafted single-player adventure was originally developed by Runic Games and sends you on a mysterious but breathtaking journey through the ruins of a lost civilization. You will encounter strange creatures and spend time solving puzzles that otherwise lie hidden in the world.

“Panic Button has established an incredible reputation of bringing some of the best games in the industry to new and exciting platforms,” explains Yoon Im, senior vice president of global publishing at Perfect World Entertainment. “They’ve done a masterful job of bringing Hob to life on the Nintendo Switch, and we’re excited to introduce the game to a new audience.”

Panic Button technical director Andy Boggs adds: “Adventurers were transfixed by Hob when this mesmerizing single-player adventure game first burst onto the scene a few years ago. And over the years Torchlight II has a gained a cult-like following amongst even the most hardcore of ARPG fans. We’re so excited to work with Perfect World Entertainment on bringing these fan favorites on new platforms, for a new generation of gamers.”

Hob: The Definitive Edition will release on the Nintendo eShop for Nintendo Switch worldwide on April 4th priced at $19.99, with a 10 percent discount available until April 17th.