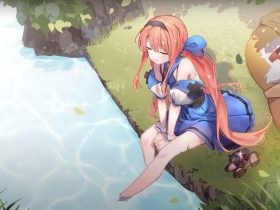 QV Adventures Across Dimensions On Nintendo Switch This Year

Room710Games has announced that Half Dead will release on Nintendo Switch this week.

This multiplayer sci-fi game challenges you to survive a violent TV show, braving a futuristic network of rooms that have been rigged with traps.

With the developer looking to make you feel claustrophobic from the small rooms and filled with a sense of uncertainty and excitement about what awaits you behind the next door, there are six game modes and the chance to team up in local co-op multiplayer.

Half Dead will release on the Nintendo eShop for Nintendo Switch on 12th June 2020.