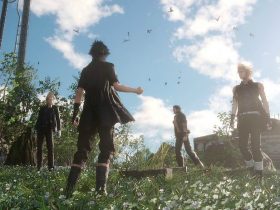 Merge Games and Still Running have revealed that Morbid: The Seven Acolytes is in development for Nintendo Switch.

In this brutal gothic action RPG, you play as the last Striver of Dibrom. You have trained for your entire life to succeed in your duty to defeat the Seven Acolytes, freeing the kingdom from their terror.

Your quest will challenge you to topple foes, mini-bosses and emerge victorious from the large-scale boss fights that you must endure in the world of Mornia.

To survive, you will be able to improve your gear – with more than 25 unique melee weapons in the game – through quests, perks, runs, looting and upgrades.

Morbid: The Seven Acolytes will release on the Nintendo eShop for Nintendo Switch worldwide in 2020.