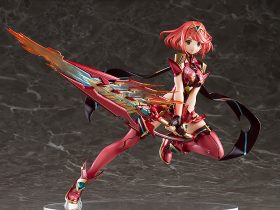 Game Freak has filed a trademark for Little Town Hero, revealing what could be the name for the developer’s upcoming RPG project that had been referred to as Town (working title).

Japanese Nintendo reports that the trademark has been filed in both English and Japanese, and would suggest that the game is nearing release.

Game Freak’s new RPG is a Nintendo Switch exclusive and is set in a small village that exists in peace under the protection of a nearby castle. That is until monsters started to appear.

The whole story takes place in the village, which you must defend from the monsters that invade it. With battle commands to select to topple your enemies, you can also call on villagers to help you out.