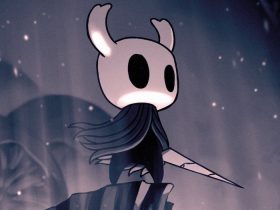 Whilst the handheld’s grey, brick-like appearance is devoid of the tantalising level of character that could be found within its many games, today marks 25 years since the Game Boy first launched.

Japan heralded the arrival of Nintendo’s revolutionary handheld on 21st April 1989, perhaps even the company being entirely unaware that it would one day achieve worldwide sales in excess of 118.69 million units. That is if its successive Pocket (1996), Light (1998), and Color (1998) revisions are factored in.

The Game Boy’s lasting legacy can more closely represented by the franchises that it helped to establish. Whether that be Tetris, which accompanied the handheld’s launch, and Pokémon Red and Pokémon Blue, or the continuation of fan favourites in Super Mario Land, The Legend of Zelda: Link’s Awakening, and Donkey Kong Land.

There was no shortage of quirky peripherals either, with the Game Boy Printer being far ahead of its time. Although it was the link cable, used to share Pokémon between the game’s respective versions, that provided a glimpse into the future of how content sharing would continue to shape the future of that franchise.

Game Boy games lived on through the Super Game Boy, a cartridge that would allow players to see their titles beamed directly onto their TVs, although the Game Boy would later take a bow as handheld gaming was taken to a whole new level in 2001, with Game Boy Advance.