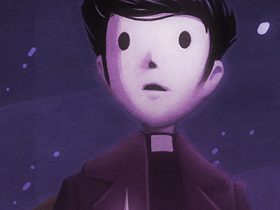 Bandai Namco Entertainment has released a free God Eater 3 demo on Nintendo Switch, letting you try out the action role-playing game before it hits the portable home console next month.

After customizing your protagonist, this Action Demo will help you learn the basics in Field Training before challenging you with story missions such as Vile God of the Abyss, Call of the Storm, and Emperor of the Ashlands.

With a post-apocalyptic setting, God Eater 3 is the most recent entry in the action series will challenge your special team of God Eaters to take down the God-like monsters that are devastating the world.

Whether in local co-op multiplayer battles or with up to eight players online, that will let you use brand new God Arcs such as the dual-wield Biting Edge, two-handed Heavy Moon, or the ranged Ray Gun. There are also new abilities such as the Dive dash attack, lending you more freedom of movement to hunt down Aragami.

There are two Tales of Vesperia costumes – based on Yuri Lowell and Estellise Sidos Heurassein – that will only be made available as a pre-order bonus, and remain exclusive to the Nintendo Switch version.