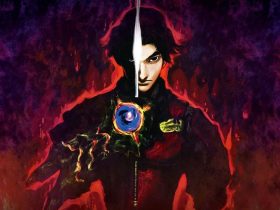 Happinet and Matrix Software have announced that a free Brigandine: The Legend of Runersia demo is now available on Nintendo Switch.

In the demo, there are two modes to play. The Training Mode will teach you how to move your troops, invade bases and engage in combat, while the Trial Mode lets you take on the role of the Brigandine of Justice, ruler of the Norzaleo Kingdom in Easy mode.

The demo will end once your army reaches up to 10 seasons or when seven bases have been occupied. The Trial Mode’s description incorrectly states that you can “experience a trial version of the game that lasts for three seasons,” and should read: “The game will end after 10 seasons or when you occupy 7 bases.”

You will be able to replay the demo, but any game progress or save data cannot be transferred over to the full game at launch.

Runersia is a continent that was created by the Rune God, and a place where mana rains down endlessly.

Five Mana Stones have been passed through history alongside human nations and were eventually embedded into Brigandine equipment to create Rune Knights – special individuals that can wield the mana power and stones in their armor to cast skills, magic, and summon ancient monsters.

There are six Brigandine countries of Runersia that each has conflicting ideals, beliefs, histories, and faiths. They are divided by Brigandines of Justice, Glory, Freedom, Sanctity, and Ego, although the sixth country exists without Brigandine.

The countries have now waged a war to conquer and unify the continent under one nation. You will decide how your legend will unfold by selecting a country and creating an army of Rune Knights.

Your goal is to win battles to expand your country’s influence until Runersia has been taken over. There are more than 40 base locations to explore, over 100 unique knights to encounter, and 50 types of monsters to command as you battle it out on hexagonal grid maps.

Brigandine: The Legend of Runersia will release at retail and on the Nintendo eShop for Nintendo Switch worldwide on 25th June 2020.