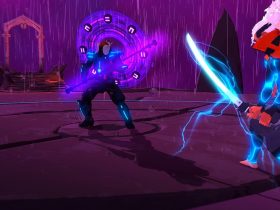 Those wanting to witness today’s Fortnite live event have been met with a “Checking Epic Services Queue” error screen.

This was later delayed to Monday 15th June, in response to the anti-racism protests that are being held across the United States and around the world in response to George Floyd’s tragic death, and many others in the Black community.

Now that the live event has gone ahead, many have now been left frustrated to find that they have been shut out of the free-to-play battle royale game entirely. Even after the developer recommended that players “show up 30 minutes early” to help secure their spot as space was limited.

With no apology for the situation, Epic Games’ only response has been to state: “Today’s event has reached capacity. If you’re not already in-game, we recommend catching the event via livestream.”

And, that’s the bad news. Many will now miss the live event entirely, angry enough at the situation to see #FortniteEvent start trending as they air their frustration in the developer’s direction.

Fortnite is now available as a free download on the Nintendo eShop for Nintendo Switch worldwide.