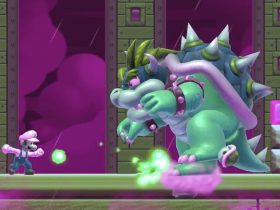 Bandai Namco Entertainment and Outright Games have released the first trailer for PAW Patrol: On A Roll, the upcoming game based on Nickelodeon and Spin Master Entertainment’s animated preschool series.

In the game, you will have the chance to set out on 16 daring adventures with Ryder and the eight heroic rescue pups.

You must use each pup’s unique abilities to rescue friends and keep their community safe, with eight Adventure Bay locations to explore like Farmer Yumi’s Farm, Jake’s Mountain, a desert canyon and under the waves.

PAW Patrol: On A Roll will release for Nintendo Switch worldwide on October 26th.