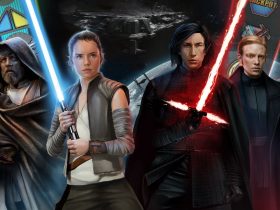 You will have the chance to recruit characters in Fire Emblem: Three Houses, as it is explained that the house that a student is assigned to depends on where they are from.

However, the professors have their own area of expertise meaning that, if a student is adamant about it, it is possible for them to switch from one house to another. That’s as long as you approve, of course.

On the days when you choose to Explore the monastery, you will have the chance to interact with students and professors, as well as other characters.

This is primarily to build support points with them, that, whether through handing them Gifts or returning Lost Items to them, will steadily build your support level.

You can use the Recruit option to ask them to join your house, however, this will require that you meet their requirements first. To make things partly more complicated, the students each prioritize different stats and skills.

For example, Lysithea really values Magic and Faith. Unless your related stats or skill levels are high enough, you will be unable to recruit her. It’s important, then, to know which you need to build, especially if there is a particular student that you want to recruit.

It’s explained that it is easier to recruit students who like you, which can be seen as an effort to encourage you to build your support levels with them.

It’s worth pointing out that not every character can be recruited, based on which house you choose to lead. And then there are those that cannot be recruited before the timeskip.

This is the information relating to recruitable characters in Fire Emblem: Three Houses that we have gathered so far: