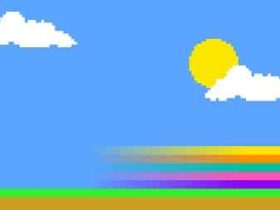 This is described as a multiplayer action RPG from Square Enix, where players search for crystals and fight Summons that prevent you from doing so. You’ll choose from multiple Jobs, the magazine’s reveal presenting the Black Mage who uses magic and long-range attacks, the White Mage who can use recovery spells, the Knight who is the party’s tank, and the Monk that uses thunderous physical attacks.

Parties will comprise of four players, with Jump confirming that more Jobs plucked from the Final Fantasy series will be included. You must defeat different generations of Summons, with the magazine showing Ifrit as one of the early reveals.

There’s no Japanese release date specified as yet, although Square Enix are listed as the developer.