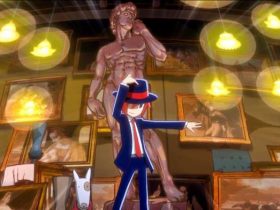 Reggie Fils-Aime, President for Nintendo of America, has recently discussed the perfect timing of the Wii’s price drop, and that he believes consumers picking up the company’s new console in 2012 “will look very different” to those that will be purchasing their current console.

“For us this is a very important move,” Fils-Aime explained to MSNBC. “This is only the second price reduction for Wii hardware since we launched back in November 2006. And in the last home console cycle, the leading system at the time sold almost 50 percent of its volume at a price point of $149 or below.”

He continued, “Typically a system peaks in the second year of availability and then gradually declines. Wii was fortunate to have a number of very strong selling years in its 3rd and 4th year of availability. And from our perspective, the curve that we’re on is natural and to be expected but importantly, the sales curve is higher than any other system.”

Fils-Aime also feels that now is the best opportunity for such a price drop, with the summer holidays fast approaching and parents looking to occupy their children whilst they aren’t at school.

“There are a lot of households where kids will be off from school,” he began, “and the parents are either looking for celebratory presents as the children finish the school year or they’re looking for a fun exercise to keep the kids busy and happy during the summer time frame. We think there is a wide range of consumers that are wanting to purchase a Wii and what they have been waiting for is this type of announcement.”

Fils-Aime also touched upon the impending announcement of their successor to the Wii, supposedly codenamed Project Café, discussing his belief that those picking up the new console are the one’s that feel the need to “have the absolute latest hardware.”

“When we launch our new home system sometime in 2012 we think the consumer buying in will look very different than the consumer who’s going to be buying a Wii now,” Fil-Aime claimed. “What we’ve seen in this business it that there are certain consumers who love being first – they have to have the absolute latest hardware – and there are other consumers that are perfectly happy to wait until the game library is much more robust and they have a wider range of options.”

Read into that as you will, but maybe Nintendo are anticipating that their new home console won’t quite reach the same dizzy heights as the Wii did in terms of sales. As always, we’ll have to wait and see what they have in store – E3 2011 could prove quite surprising…