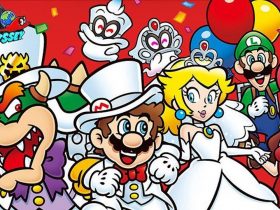 BlitWorks and sebagamesdev have announced that Fight’N Rage will release on Nintendo Switch this week.

This side-scrolling beat ’em up has taken inspiration from ’90s arcade classics and is set in a far future where mutants have enslaved mankind.

Now, two humans and a rebel mutant are willing to fight in order to put an end to the madness. That will see you rise up against the ruthless mutants, putting to use the explosive combo system to blow up your enemies.

With several endings to reach based on your actions, there are costumes, modes, options, and playable enemies to unlock.

There is support for up to three players in local co-op multiplayer (with optional friendly fire), and a VS Mode in which you can battle against another player or the CPU in one-on-one matches.

Fight’N Rage will release on the Nintendo eShop for Nintendo Switch worldwide on September 26th priced at £17.99 ($19.99).