Prevent An Epidemic In Unforeseen Incidents On Nintendo Switch

It is an unending sense of discovery that will forever motivate your time with Fe, a game that happily feeds that same insatiable and childlike curiosity that has led many to explore every nook and cranny in Hyrule. First shown to the world at EA Play 2016 with the reveal that it was bounding towards Nintendo Switch at Gamescom 2017, the game has now scurried onto the Nintendo eShop and invites you to explore the dark Nordic forest in which its tale unfolds.

Fe is very much a game about the magic and beauty of nature, as well as being one that explores our relationship with it. You play as a young cub that wakes in a mythical purple-hued glade with no idea as to why you are there nor what your purpose is. It is the lone deer that suddenly prances across the path in front of you that acts as your first visual cue, and, playfully giving chase, you soon discover that the balance between the mystical creatures that dwell in the forest is under threat from the Silent Ones.

It’s an unsettling discovery at first, but then it’s meant to be. Where the Silent Ones mindlessly capture any animals that cross their path in a webbed substance as they continue to search for something, the fairy-like creature that you control communicates with the forest’s creatures in song. That contrast underpins the lesson that many will take from Fe, in that we should work to co-exist with nature rather than being against it. 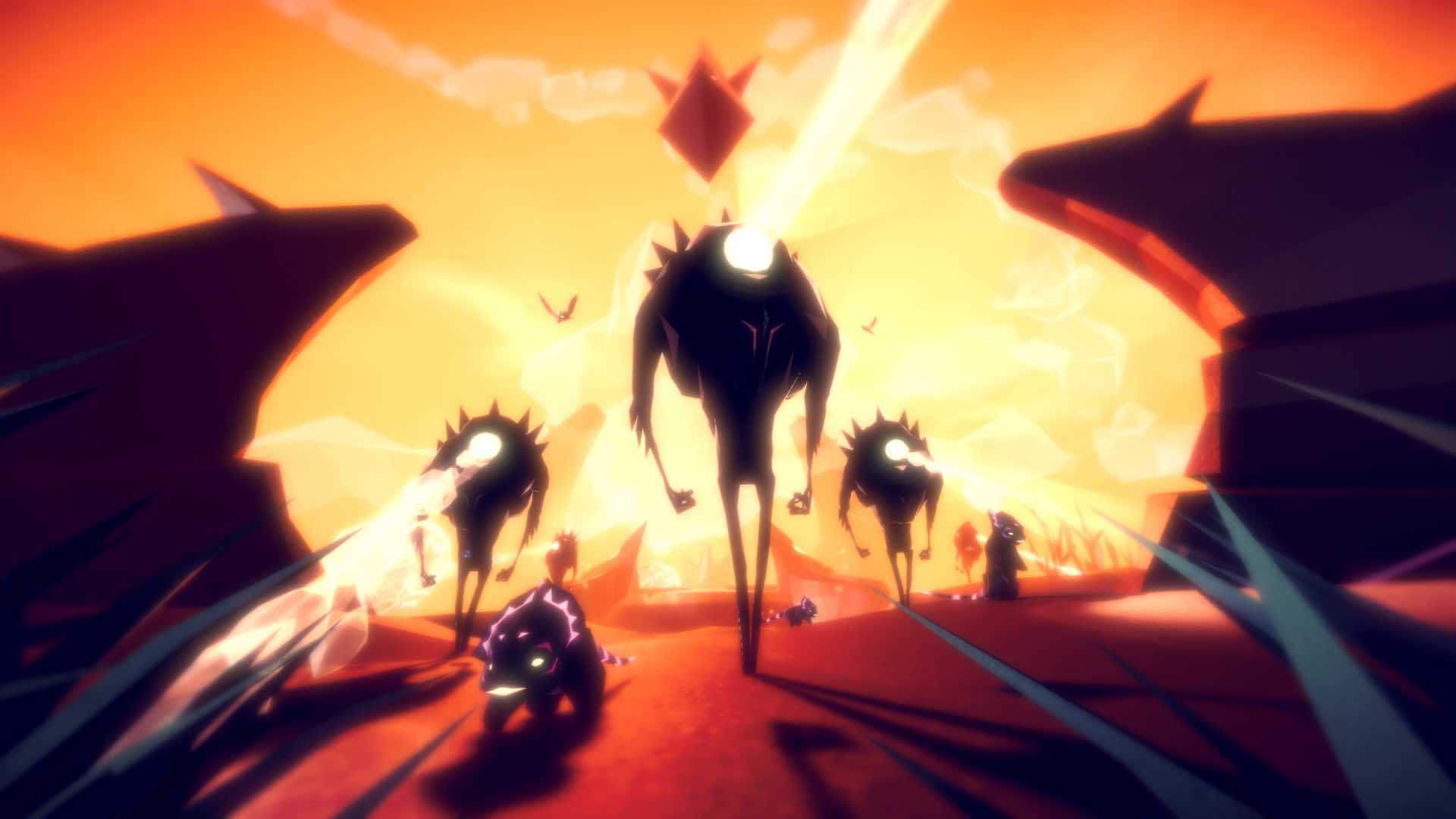 This is not only the game’s central theme but soon becomes its standout gameplay mechanic, with the player learning to communicate with the many animals that they encounter while exploring ever deeper into the forest. Despite the looming threat from the Silent Ones, the world is teeming with wildlife. You won’t be able to talk to every creature that you meet immediately, though. You can freely sing with the younger critters that you cross paths with at any point, a process that sees you gently use motion control with the Joy-Con (or the Right Stick if preferred) to match the pitch of whichever creature you are playfully warbling at. Hit the sweet spot and a pulse will ride the sound wave between the two characters that, once it meets in the middle, will see you make a new friend who will then accompany you and help overcome any obstacles.

And then, as you progress ever further in the game, there will be times when you will need to come to an animal’s rescue. Whether that task you with recovering glistening eggs that were stolen from a motherly bird, safely rescuing a boar-like creature’s babies, or freeing and then scaling a gargantuan deer – a moment that many will compare to Shadow of the Colossus – resolving these situations will see the wizened animals impart their knowledge about their own cries. There are six cries to learn that, ultimately, are what connect the animals that live in the forest, and when you are able to speak them you will open up new areas to explore and have the chance to sing with older animals – soon seeing you riding on the backs of owls, or being carried between locations by seal-like creatures that burrow underground.

Fe won’t ever tell you where to go, what to do, or what to think, and that’s the beauty of the experience. You are free to ignore the objective markers on the map, but, for those that fear that they will become lost in the game’s sprawling open world, you can sing loudly to make a bird appear that will fly in the direction that you need to go in. If something catches your eye you can always investigate what it is, before summoning another energetic bird to once again guide you from where you are. 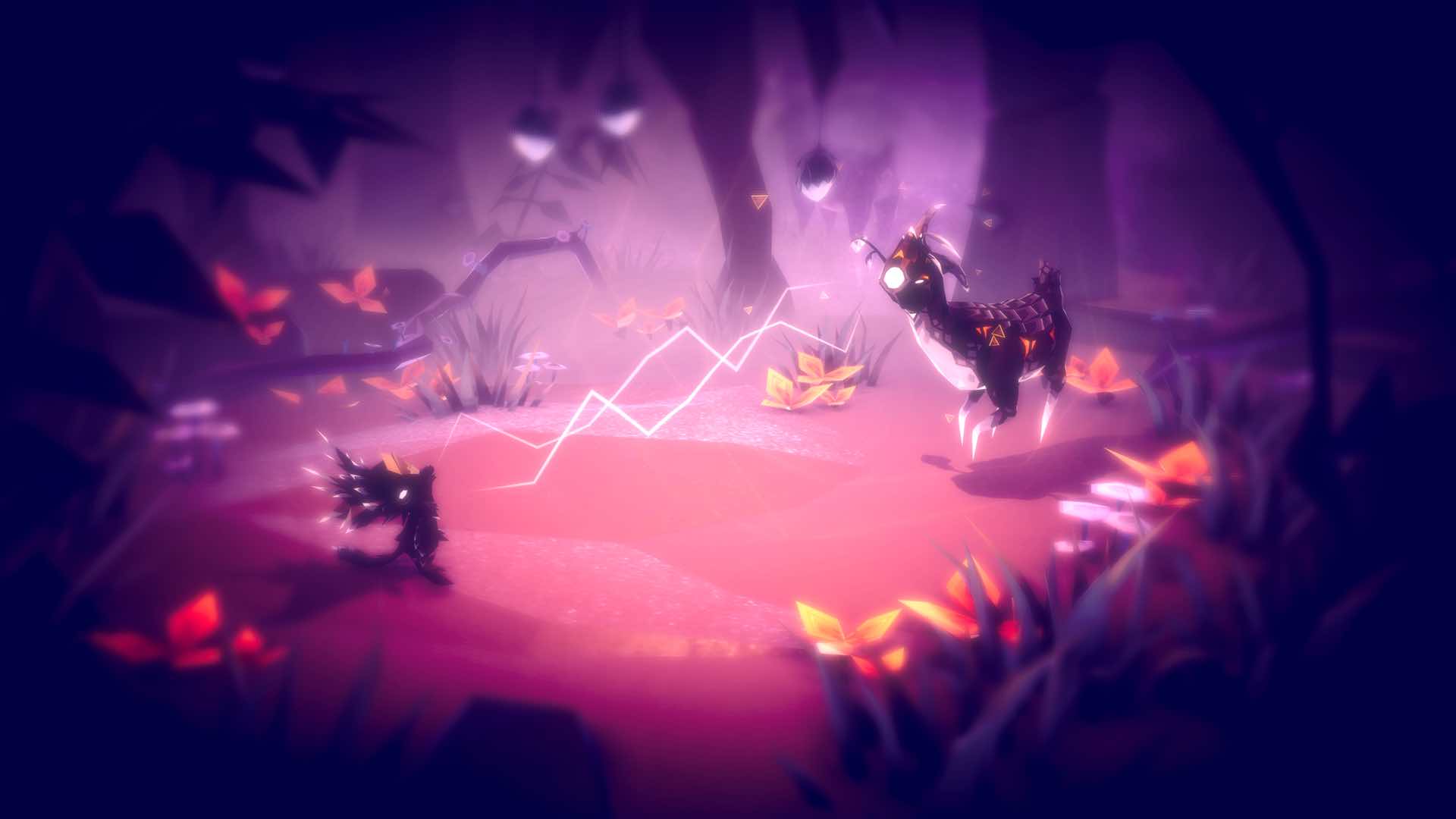 While the animal cries that you communicate with will open up new areas to you, there are also abilities to learn. For these, you will need to collect pink crystals that are hidden throughout the forest. Return to the central pedestal that they fly off in the direction of once retrieved, and, once you have collected enough, an aged tree will reveal a new ability to you. After first learning how to climb trees, what came as a surprise was that the other abilities aren’t needed to reach the game’s concluding moments.

Scrambling up and leaping between trees in a squirrel-like fashion is your main way to survey your surroundings and look for anything of interest, but you can learn to glide, run on all fours for extra speed, or to dive through the air to suddenly boost forwards. There are more abilities that I still haven’t unlocked, but more for the fact that the pink crystals are becoming increasingly hard to find – even though the map tells you how many you have left to collect in each of the game’s separate areas.

There are also moments where you will need to hide in bushes from the threatening beam that the Silent Ones cast, with these stealth instances not feeling as well integrated into the game’s world as perhaps they could have been. Also, in hunting out collectables post-completion, I would have appreciated the chance to fast travel between areas, as while Fe is a joy to work out how to bound across, it can take a while – especially if you slip up in the process, and have to backtrack again. 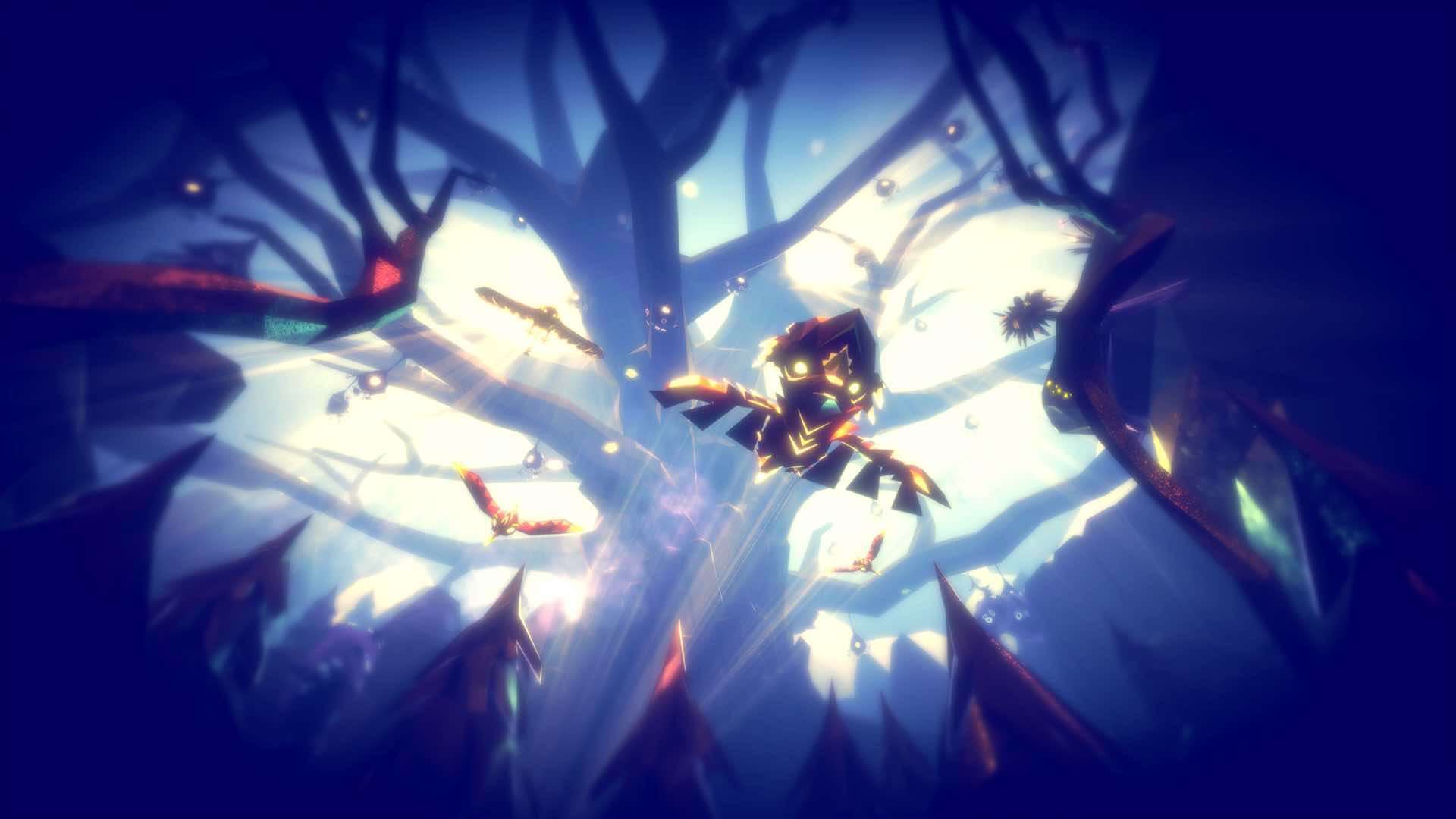 That Fe is a wordless adventure soon proves to be both a blessing and a curse. It leaves the game’s unravelling narrative open to interpretation, but I didn’t feel like I had all the answers once I’d reached the end to make enough sense of it all. Carvings etched in stone slabs tell tales of what happened long ago, and crystals plucked from abandoned Silent One helmets will also reveal interactive flashbacks. I’ll have to wait for someone else to piece everything together, I guess.

It’s a shame, as Fe has a remarkable world to exist in and enough moments to feel lost in wonder. It is a beautiful game, too, that has been built with a wondrous sense of style and with an equally immersive approach to its sound direction. The animal cries are at times playful but in others wholly menacing, and the soundtrack is soothingly melodic but never without drama when needed. It’s the perfect game to cosy up with on Nintendo Switch, and while there are framerate hiccups that occur here and there you will come to forgive them as being a necessity to freely roam around the seamless open world.

Fe is unlike anything that I have played in a long while, rekindling memories of the games from which it has openly drawn inspiration. As brave a creation as it is emotive, it’s an experience that I won’t soon forget and a world that I will forever long to explore once more.