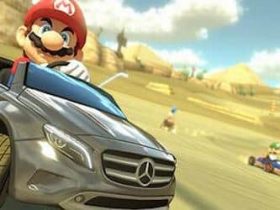 Famitsu have published what appears to be the first review for Super Mario 3D World, awarding a high score to the portly plumber’s latest.

The Japanese gaming magazine’s team of four reviewers awarded individual scores of 9, 10, 9 and 10, seeing the Wii U exclusive secure an overall 38/40 review score.

For comparison’s sake Super Mario Galaxy, which many hoped would be the direction in which the company continued to steer the 3D Mario titles on Wii U, was similarly awarded 38/40, whereas Super Mario Galaxy 2 was a point lower at 37/40.