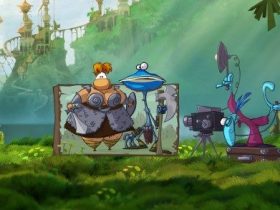 Japan’s Famitsu DS+Wii, a magazine dedicated to all things Nintendo despite having an outdated name, has teased that they may reveal “ultra top secret information about a big title” in their next issue in April.

That the team suggest that hinting toward what it may be “feels too scary” has only fuelled speculation further. Games Talk are attributing it to a recent V Jump Dragon Quest Network blog post that implied that they’ve been writing about something beyond Dragon Quest X, whereas there’s also the LEVEL-5 Vision 2015 event to consider.

“In next month’s issue, we might be able to reveal ultra top secret information about a big title,” the magazine’s tease reads. “Next to Mario, who else can give 3DS and Wii U a boost? Dropping even a single hint feels too scary, so I’ll refrain from doing that and just say to please look forward to the next issue!”

Famitsu DS+Wii’s next issue will hit newsstands between April 19th – 21st, and we’ll keep you posted as any news emerges.