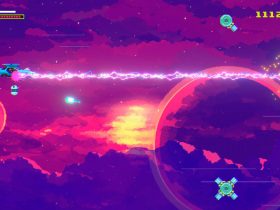 80s-Infused Black Paradox Out On Nintendo Switch Next Month

NIS America has announced at their annual press event in San Francisco the release dates for Fallen Legion: Rise to Glory on Nintendo Switch.

Returning players to the battlefield in Fenumia where a besieged nation stands on the brink of war, this will include Fallen Legion: Sins of an Empire and Fallen Legion: Flames of Rebellion in one package.

The game chronicles the story of Legatus Laendur and Princess Cecille, and, depending on which path you choose, will let you witness the events as they unfold from each character’s perspective.

That will see Princess Cecille and her saucy, talking grimoire journey home as she looks to defeat a coup led by Legatus Laendur and restore the crumbling empire to glory. Or you can lead the coup as Legatus Laendur, a brilliant tactician who vows to overthrow the royal family when he discovers why the Fenumian Empire is rotting from within.

Players will control four characters to unleash devastating combo attacks in real-time battles against rebel armies and monstrous enemies, with Fallen Legion: Rise to Glory including all new art, Exemplars, monsters, bosses and challenges not found in the original releases.

Fallen Legion: Rise to Glory will release for Nintendo Switch in North America on May 29th, and Europe on June 1st.