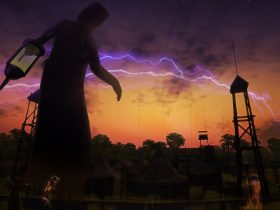 Pegged for March, June and then December, it has taken until January for Codemasters to place F1 Race Stars: Powered Up Edition in pole position on the Nintendo eShop’s starting grid.

Quite why it has taken so long is anyone’s guess. Not that we shouldn’t be grateful that it wasn’t eventually pulled altogether, but more for the fact that the game’s content is still drawn from the 2012 Formula One season. Now outdated, this kart racing alternative to the publisher’s more well-established simulation output still has enough power behind it to generate appeal, especially with Mario Kart 8 lingering in May, even if it doesn’t stray too far afield from those that already populate the category. 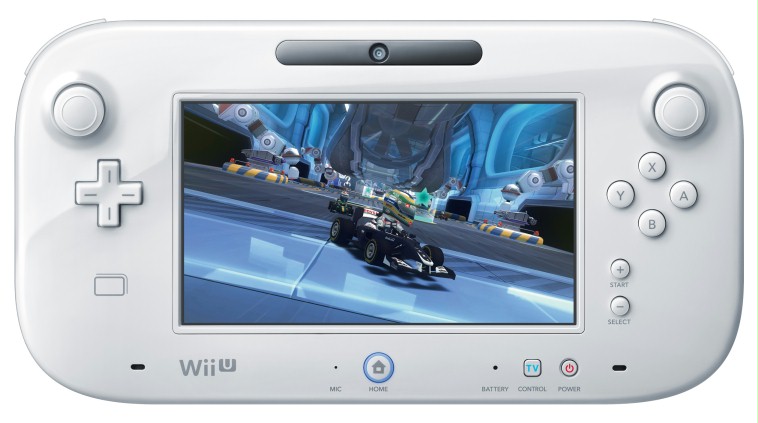 The largest differentiator here is Codemasters retention of the Formula One license, players speeding their way around a selection of circuits loosely based upon those that populated the 2012 season, as caricatures of the teams and drivers that set out to master them. Throw an arsenal of power-ups into the equation, and the resulting concoction is a kart racer that tries its hardest to rub shoulders with the best of them, with varying success.

Circuits themselves span the globe from Britain, Germany and Monaco to Singapore, Japan and Abu Dhabi, are each characterised by kaleidoscopic vibrancy even though they play to each country’s stereotype – be that a plethora of red kites, elephant statues, or mechanical sumo wrestlers. This Powered Up Edition also includes the downloadable content available for other versions, so you’ll also have India, China, Canada and Europe to test your mettle on.

It is the game’s handling that can easily frustrate, especially with most circuits sporting ridiculous corners that require players to slow down to a halt to negotiate them, whereas AI drivers recklessly pass by with no difficulties. Couple this with the fact that the majority of these situations are often where KERS Pads are placed – blue track segments that allow you to build a boost by releasing accelerate and then slamming down on it again to build a three-level battery meter before you reach its end – and you can soon see yourself falling to the back of the pack purely due to such woes. Given that you only have a certain number of laps to clinch a victory, this becomes a significant bugbear when trying to tackle the game’s higher difficulties. 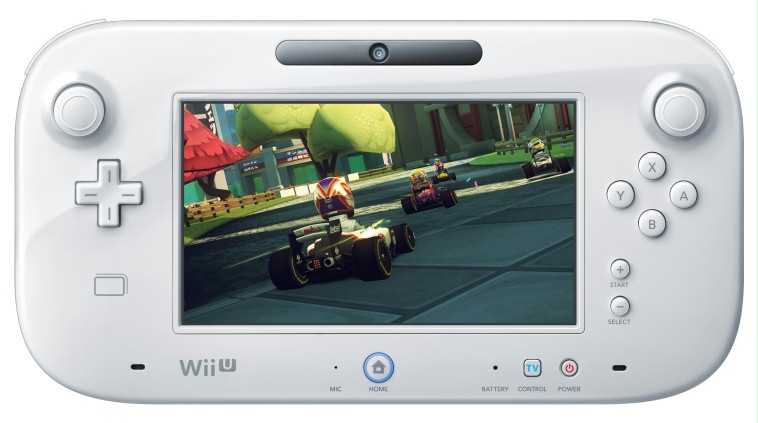 From balloons acting as mines that, upon impact, cover a rival driver’s screen with confetti, the chance to turn your car into a bottle rocket to whiz up the track to recover from a poor position, or a pulse that temporarily slows nearby competitors, many of the game’s power-ups regularly riff off pre-existing ideas rather than inventing their own. Even those that take more direct inspiration from the motorsport remain somewhat familiar although under a different guise, whether that be invulnerability granted by activating the DRS (Drag Reduction System), deploying wet tyres as you summon rain to slow other drivers, or calling in a Safety Car to limit the speed of those in the lead.

Take any damage from either course collisions or such power-ups and you’ll risk having to divert yourself into the pits, a slightly lengthier route as you repair your car before returning to the track that more often than not results in you losing far too many places to make it feel even remotely worthwhile. Trying to replicate the Formula One experience in a more family-friendly guise is understandable, but this is a needless inclusion.

It is the diverse game modes that lend F1 Race Stars: Powered Up Edition some strength, with a handful of twists on certain classics mixed with new ideas. Away from the standard races you can challenge yourself in modes such as Elimination, where you must avoid the last place at all costs; Pole Position, where you earn points by staying in or near first place; Refuel, where you must collect fuel scattered on the track to keep driving; Sector Snatch, where you must quickly claim marked sectors; and Slalom, where you drive through multicoloured gates to earn points. 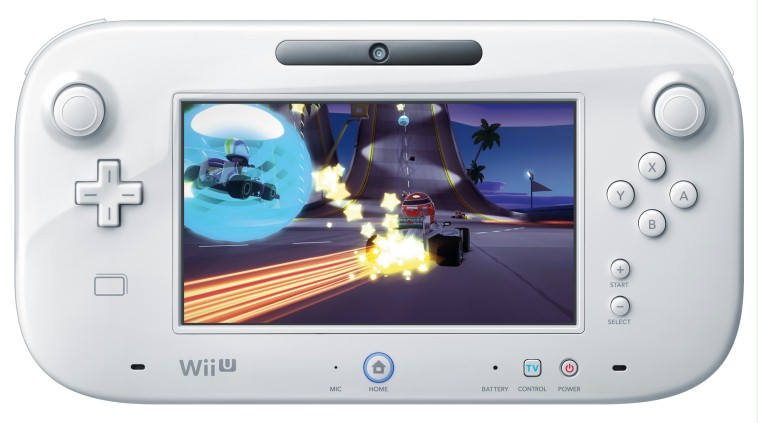 Those looking for their multiplayer fix will be saddened upon the discovery that Codemasters chose to cut out the online component that’s present in other versions. It is only Time Trial mode that retains online leaderboards, although these aren’t as integrated as you’d hope. Turn to the game’s Miiverse community and you’ll soon discover that there are plenty of people lamenting such fact, but instead the publisher’s chosen only leave local multiplayer to contend with. Still, with so many controller variants available, as long as you can get your friends and family involved there’s still some fun to be had here, with one player able to use the Wii U GamePad as their own dedicated screen.

With F1 Race Stars: Powered Up Edition, Codemasters promised to take Formula One “over the top,” and that goal has largely been accomplished. It is just through uneven AI balancing, poor handling, and frequent frustration that it fails to become something greater, which is especially disappointing seeing as these criticisms, still unaddressed, were made upon the game’s initial release.