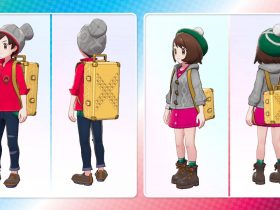 Ichigoichie has revealed that Hexagroove: Tactical DJ will release on Nintendo Switch next month.

Your goal as a DJ is to choose musical loops to combine in real-time, in an effort to regulate a virtual audience’s energy and work them up into a state of euphoria thanks to your artistic skills.

With an experience that combines elements of strategy, rhythm, and action games into a “unique blend of self-expression,” the action will swing from contemplative to frantic as you move between song sections.

There are 10 dance music genres, and, over time, you will unlock new musical loops (with more than 420 instrumental loops available), DJ tricks, and club venues to play in. And there’s also the chance to work together in local multiplayer for up to four players.

Hexagroove: Tactical DJ will release on the Nintendo eShop for Nintendo Switch worldwide on October 3rd priced at £29.99 ($29.99).