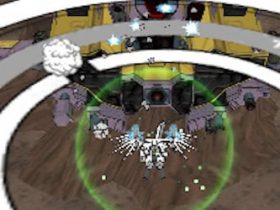 Karous -The Beast of Re:Eden- takes flight on the Nintendo eShop this week

Coconut Island Games has announced that eSports Legend will release on Nintendo Switch this week.

This eSports club simulator will challenge you to make an unknown amateur team world-famous within several seasons.

As a manager of a start-up eSports club, you must build your team from zero and learn how to run it while participating in leagues.

There are hundreds of players that you can recruit that each has their own unique personality and skills.

Once you have trained them up, you will take on the four major leagues on your road to helping your team to become legendary, as well as “dozens” of other cups that you can participate in.

eSports Legend will release on the Nintendo eShop for Nintendo Switch worldwide on 23rd April 2020.