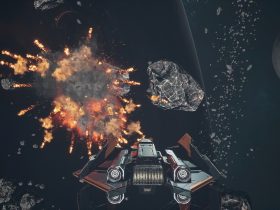 In little over a month, we’ll have the chance to return to Koholint Island. The Legend of Zelda: Link’s Awakening remake closed out February’s Nintendo Direct presentation, which had revealed that we would have the chance to relive – or experience for the first time – Link’s perilous adventure.

It turns out, though, that The Legend of Zelda series producer Eiji Aonuma had quietly teased Nintendo’s plans to create a modern re-imagining of the Game Boy Classic more than three years ago.

“Actually, Nintendo has been telling me to create a new IP. But then, they’re also telling me to make more Zelda games,” Aonuma explained to EDGE back in 2016.

“I can’t really share much; I’m not sure I’m allowed to say anything. But I really like the idea of a game where I can live as a thief. That’s all I’ll say.”

In this month’s EDGE (Issue 336), when asked whether he had been hinting at the Link’s Awakening remake back then, Aonuma immediately laughed in response to the question before admitting he had indeed teased the game.

Those that have played through the game before will know what the “thief” tease refers to, swerving around spoilers, a scenario that can play out with the shopkeeper based on your actions.

In The Legend of Zelda: Link’s Awakening, after Link washes ashore on the mysterious Koholint Island he discovers that the only way to escape is to collect the magical instruments that are needed to wake the Wind Fish.

The Legend of Zelda: Link’s Awakening will release exclusively for Nintendo Switch worldwide on September 20th.