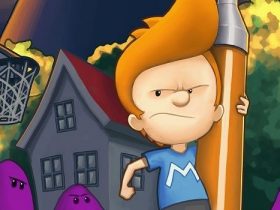 EA’s Richard Hilleman has criticised legendary games designer Shigeru Miyamoto for “falling down on the job,” with consumers now turning to mobile games for innovation rather than those delivered by Nintendo.

“I thank Miyamoto for that,” Hilleman expressed at D.I.C.E. Europe, in reference to the game creator’s contributions to the industry. “But he’s falling down on the job. And for the past five years that job has been taken over by a dead guy from Cupertino.”

Such comments refer to Apple co-founder Steve Jobs, who helped steer the company toward global success with their chic consumer technology products. Hilleman believes that players are now learning about gameplay through swiping and poking the screens of iOS devices, rather than using traditional controllers.

“We’ve asked for too much time, too much skill, and too much money, sometimes all at once,” he continued. “Customers today… are generally looking for a single fabric of play. They want their game where they want it, when they want it, and at a price they can defend to other people.”

Whilst resting all criticism solely upon Miyamoto’s shoulders is ridiculously unfair, such comments are more than indicative of the state of the relationship between the two companies.