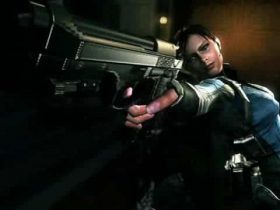 Immediately conjuring imagery of Monty Python sketches, Hamburg-based publisher dtp entertainment has today announced that they are to release a new party game for the Wii entitled Lumberjacks.

Currently being developed by Panic Button, it is unsurprising to find that this is the first party game to focus on the thrilling sport of lumber jacking, allowing players of all ages to outdo each other in a variety of traditional and wild logging competitions.

Aiming to make the experience all the more diverse and authentic, Lumberjacks uses the Wii Balance Board to precisely determine the smallest of movements, and players will be able to use their own Mii characters.

Up to four players are able to face each other across five categories, including classic lumberjack disciplines such as wood chopping, axe chopping or the crosscut competition. Also, in the exciting logrolling duel you’ll have to stay on a log floating in water for as long as possible allowing for plenty of amusing moments.

Lumberjacks is currently due to release in the second quarter of 2011, exclusively for Wii.