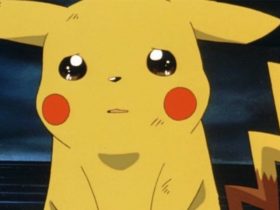 Game Freak Does Not Want Your Pokémon To Feel Worthless

This spiritual sequel to Night Trap was first released in 1993, and, from developer Digital Pictures and director Mary Lambert, it had higher production values and starred a cast that included Corey Haim, R. Lee Ermey, Debbie Harry, and Camille Cooper.

Placed in control of a mansion’s state-of-the-art security system, you must participate in many simultaneous sub-plots to solve the “ultimate mystery.” That leaves you to decide whether to capture or protect the mansion’s quirky inhabitans and intruders.

Double Switch 25th Anniversary Edition will release on the Nintendo eShop for Nintendo Switch worldwide on October 5th priced at $14.99.