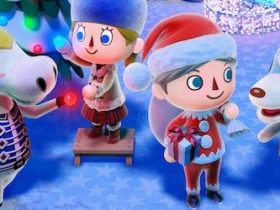 With iPhone users worldwide readily wielding their devices and tilting their way through seemingly endless “jump ’em up” game Doodle Jump, it’s surprising that it has taken this long to transition to Nintendo’s handhelds.

So, GameMill Publishing have announced that they will deliver two new versions later this year – Doodle Jump Adventures for 3DS will boast 48 levels and a new Adventure mode, whilst Doodle Jump Journey for DS will encompass the franchise’s three original themes (Classic, Jungle, and Space) in Endless Mode.

“Nintendo is synonymous with great platformers, adorable characters and on-the-go gaming,” notes Lima Sky co-founder Igor Pusenjak. “Doodle Jump is a natural fit on Nintendo’s handhelds. We’re thrilled to bring the Doodler to audiences that have yet to meet him while bringing great new adventures to our existing fans.”

Doodle Jump Adventures and Doodle Jump Journey will be available later this year for Nintendo 3DS and DS, respectively.