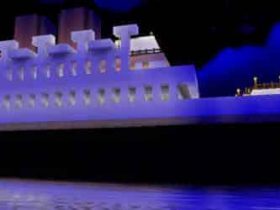 Armor Games Studios and Code Wakers have revealed that Jet Lancer will release on Nintendo Switch next month.

This “bombastic bullet hell shooter” will see you play as a daring mercenary in the far future, challenged to hunt down enemy pilots, carve up enormous robots and defy death at supersonic speeds.

There’s a “full-featured” story-driven single-player campaign, an arsenal of weapons and upgrades to equip, a “lethal” New Game+ mode and the promise of a “near-limitless” skill ceiling.

The developer has also made sure to add accessibility options to make sure that players of all abilities can enjoy the game, such as damage modifiers, anti-fatigue control toggles, and visual adjustments including screen shake and screen-flash reduction.

“Working on Jet Lancer has felt like a constant in my life a long time now, so releasing it into the world is a really exciting step,” explains Code Wakers programmer Nicolai Danielsen. “I hope people will welcome it and have the same fondness for it as we do.”

Code Wakers game designer Vladimir Fedyushkin adds: “It’s hard to believe how far we’ve come, from small passion project to a multi-platform release. What I’m most excited for is to see people finally experience the game for themselves.”

Armor Games Studios director of publishing Sean McKenzie closes: “Playing Jet Lancer, it’s easy to forget that it’s Vladimir and Nicolai’s first title. They’ve managed to craft a game that’s immensely satisfying when you succeed and is curiously adept at roping you back in after defeat. We couldn’t be more proud of what they’ve created.”