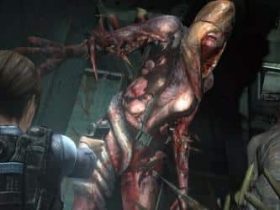 Following its reveal earlier in the week, the debut trailer for Disney Epic Mickey 2: The Power of Two has at last been released.

Currently in development by Junction Point Studios for Wii, Xbox 360 and PlayStation 3, the sequel will address the camera issues that plagued the original whilst introducing voice acting, co-operative, and musical numbers composed by Jim Dooley and Mike Himelstein.

Oswald the Lucky Rabbit returns, voiced by Frank Welker, and will be a playable character who is to join Mickey Mouse on his adventures. Whilst Mickey will retain his magical brush with its paint and thinner mechanic seen within the original game, Oswald will be armed with a remote that can control electricity. Both skills must be utilised to overcome obstacles.

Player choices during key moments within the game will also remain to affect progression, with songs and music altering in response to whichever decisions you choose.

Disney Epic Mickey 2: The Power of Two is expected to release later this year for Wii, Xbox 360 and PlayStation 3.