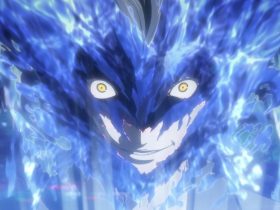 This sees the classic strategy RPG on version 1.1.0 and has primarily introduced the Ranking Shop.

Here you can participate in challenges to earn Ranking Points that can then be exchanged for “wondrous items” – some of which are unobtainable in the normal game.

By connecting online, players can participate in challenges to earn Ranking Points that can be exchanged for wondrous items, including ones that you can’t obtain in the normal game. From powerful weapons and armor to Innocents and even familiar items from Disgaea 5, the spoils gained from the Ranking Shop are worth their weight in sardines, dood!

There are two ways to earn Ranking Points: quests and challenge rankings.

Quests are single-player trials that are tied to weekly themes and require players to meet certain goals, such as clearing the Chara World a certain number of times. Everyone who completes the quests of the week will receive Ranking Points.

In addition, by speaking to the Ranking Shop NPC, your total scores from completing these quests will be uploaded to the rankings board (regional for PS4 users, global for Nintendo Switch users) to determine your challenge ranking and get you even more Ranking Points! But don’t wait too long; the Ranking Points you receive will be reduced if you don’t submit your score while the next weekly theme is active!

With the global rankings board, you can view your score each week in comparison to others across the world. Display your skills by racking up enemy kills, clearing Item and Chara Worlds, subduing Innocents, and stealing items in order to prove that you are truly the Netherworld’s finest!

The better your challenge ranking, the more Ranking Points you’ll receive. There’s a new competition theme every week, so check in often and find new ways to assert your dominance! Ranks also reset weekly, so if you didn’t make it this time, there’s always next week!

In addition to the Ranking Shop, this patch update also includes various system improvements, enables more items to be usable at your home base, and grants access to the following DLC consumable items: