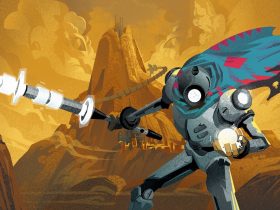 Digital Foundry has delivered their verdict on Dark Souls Remastered on Nintendo Switch, analysing the game’s performance on the portable home console while offering a graphics comparison against the original Xbox 360 version and PlayStation 4 port.

The challenging action RPG comes to Nintendo Switch thanks to Virtuos – the developer behind the L.A. Noire port that had also teamed up with Ubisoft to help optimise Starlink: Battle for Atlas for the console.

Their efforts haven’t gone unnoticed, with Digital Foundry calling it a “robust adaptation” that “matches or exceeds Xbox 360.”

However, while the improved framerate and higher resolution are acknowledged, Dark Souls Remastered on Nintendo Switch lacks the revised ambient lighting, volumetric fog effect and animated grass textures that can be seen on PlayStation 4.

That results in a more authentic experience that is closer to that on Xbox 360, which, to some, will be good news as the changes made on other platforms earlier this year had been met with a mixed reaction.

The good news is that there have been “zero visual cutbacks” in Handheld mode, compared to when playing docked in TV mode. That’s aside from the game being displayed at a 720p resolution.