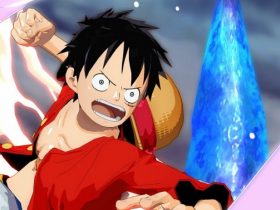 If you strip Devious Dungeon done to its bones, there’s the framework for a very good roguelike; randomised dungeons, steadily improving hero and simple combat. The levels are never the same twice and sprawl in many directions, forcing the player to properly explore. The aim being, to find a key which opens a portal to the next level, in the hope to reach the boss and vanquish it in the name of the king. Because there’s a king that has sent our little warrior into the depths of these dungeons – he’s a little reminiscent of the kings found in Super Mario Bros. 3 – inept and ruling because of his ridiculousness instead of alongside it. 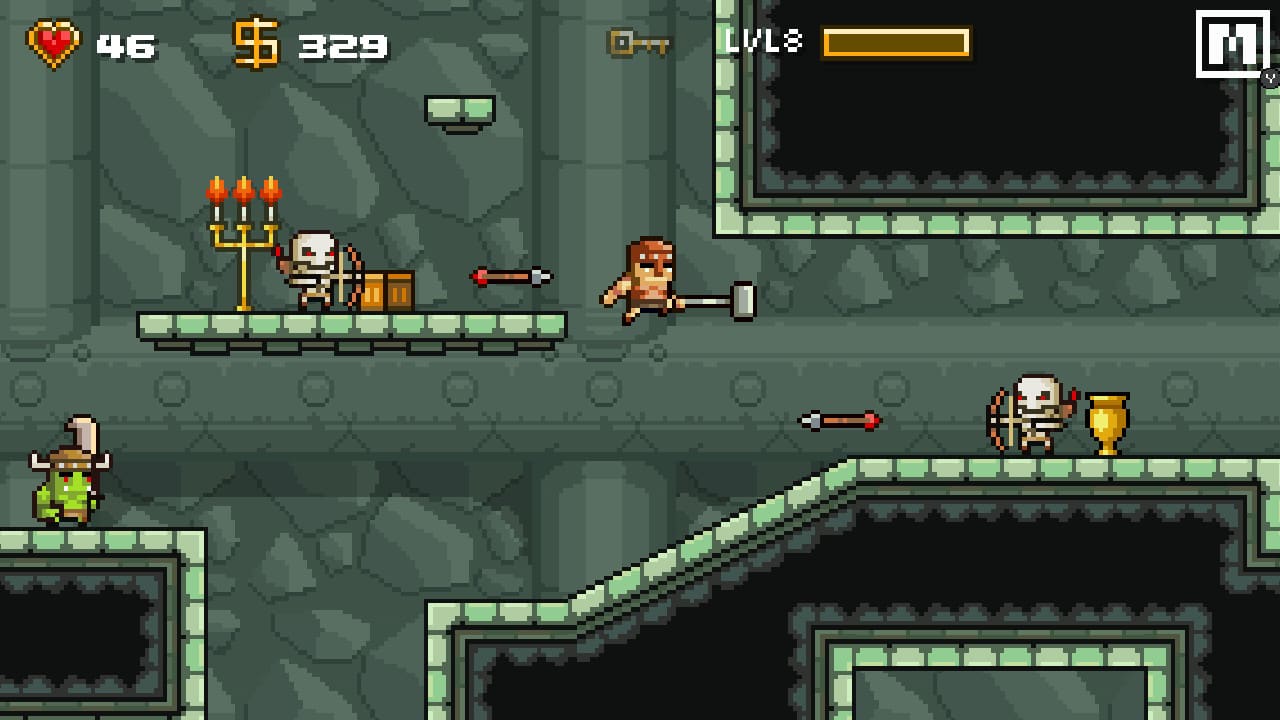 So, the bones of Devious Dungeon are great, but what about the meat? Well, here it falls a little short. To complain about repetitiveness seems trite when playing a roguelike considering so much of the genre is built on repeated playing in the hope to upgrade the hero enough to take on the world. However, here the repetition becomes dull after a short time because not enough of the game changes with each death. In fact, there’s no penalty for taking a death, at all. The player doesn’t lose money, or skills, or progress. At the most you’ll have to replay a few sections – each level taking only a few minutes, it’s hardly a punishment.

Upgrading the stats of our hero is done two ways; by levelling up after gaining experience points or by equipping new pieces of armour or new trinkets. Experience earned from killing monsters or exploring and finding hidden areas hits caps and the game asks if you want to boost strength, dexterity or health. Equipment is bought through Olaf the merchant, but the developers have made an odd decision here. Say you buy a new sword, you can’t grind gold and choose a high power sword, you have to buy every single sword in order to unlock later ones. Coming to Olaf with three thousand gold pieces means spending all of it on swords to get the best for your money. 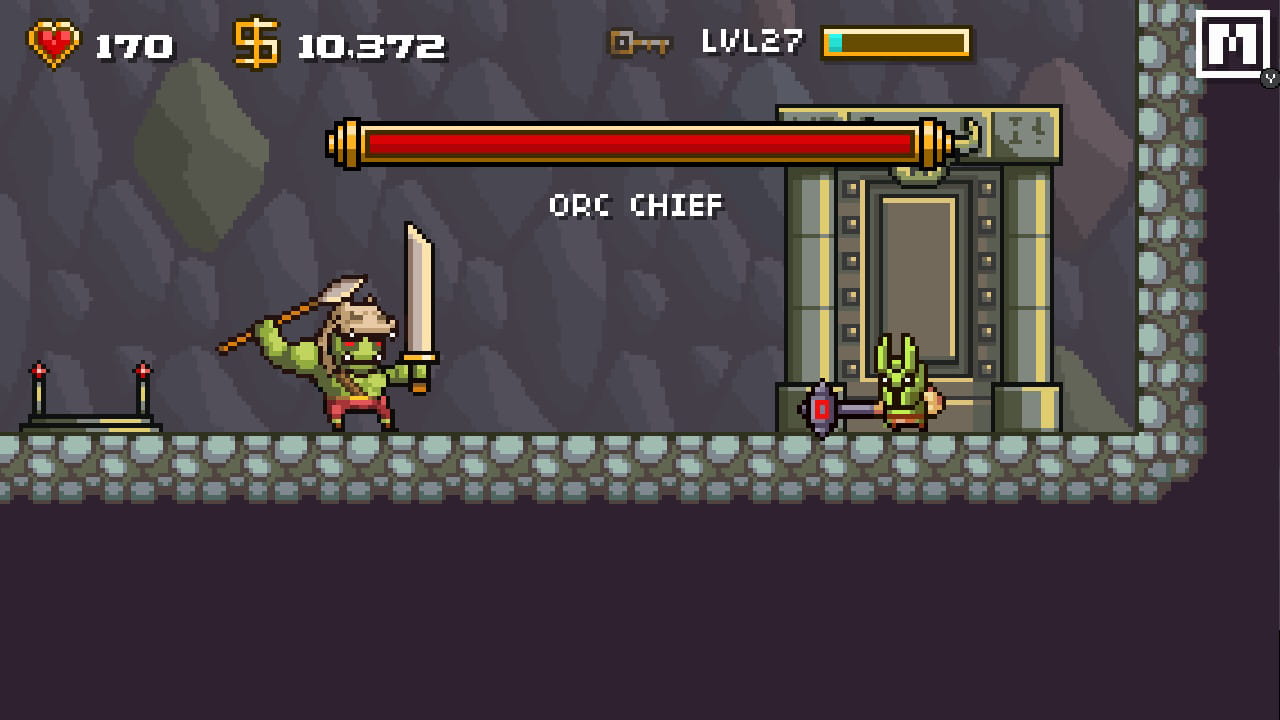 They’ve done this to push the player into buying a bit of everything in between levels or before a boss, but it really steals away the idea of what a roguelike should be – a customisable experience of trying to build the best fighter you can. Though to be fair, Devious Dungeon is a walk in the park. None of the enemies are particularly hard to kill and the bosses are embarrassingly easy to dispatch. There are five collections of levels to play, each ending with a boss and once they’ve all been completed there is nothing to do. The game has no legs whatsoever, so it’s odd the developers opted to give three open save slots, because there is nowhere near enough variation in the game to want to juggle playthroughs.

The story is weak – a few lines at the beginning and the end, the pixel art is nice and the changing avatar when applying new gear is a sweet touch. So much more could have been done with the hero to open up multiple playthroughs, even something as simple as allowing different classes of hero. The mechanics are there in the enemies after all. The idea is very good, but the execution is sloppy. Most of my time with Devious Dungeon saw me walking through levels destroying everything in sight for coins, then buying the next best gear I could get, before grinding through the next batch of levels.