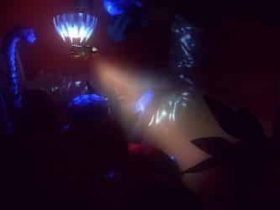 Mad Gear Games has announced that A Hole New World will release on Nintendo Switch this week, where, as the Potion Master, you must defeat the monsters that have invaded from the Upside Down World.

The Kickstarter-backed project originally intended to release on Wii U, but it’s now destined for the plucky portable home console.

With no tutorials or an Easy Mode to assist you, A Hole New World has been inspired by the classics and has an easy two-button control scheme – one button to jump, and another to shoot.

That means that the challenge is in the game rather than the controls as you rely on Fäy, your fairy companion, and your potions to defeat gigantic bosses and acquire their powers.

A Hole New World will release on the Nintendo eShop for Nintendo Switch on March 1st.