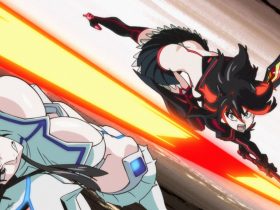 No More Robots and Sharkbomb Studios have confirmed that Nowhere Prophet will release on Nintendo Switch this week.

Set on a far off planet called Soma, Nowhere Prophet is a single-player card game with procedurally-generated maps, high difficulty and permadeath.

The game’s story starts many years after the Crash, a complete technological collapse. Civilisation has broken down, and the lack of resources has seen everyone become a bandit or madman.

The developer has taken inspiration from Indian culture in creating the game’s world. You play as a powerful leader and mystic, empowered with the gifts of technopathy that allow you to sense and affect electrical currents.

The last hope to a band of outcastes and refugees, you must lead your convoy across the wastelands in an effort to provide them with a better future. Your ultimate destination is the Crypt, a mystical place that is said to offer untainted technology and safety.

Your pilgrimage will put the fate of your followers in your hands, encountering situations where you could recruit more followers or gain access to stronger action cards in combat. You will need to defeat the greedy slavers and their crazy machines to keep your convoy safe from harm, unleashing your attacks in turn-based card combat.