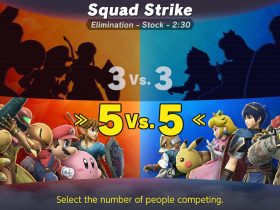 ShopTo.net has revealed a pre-order bonus for Deadly Premonition 2: A Blessing In Disguise for those that choose to buy the upcoming game from the specialist retailer.

Those that pre-order Deadly Premonition 2: A Blessing In Disguise (£39.85) will receive a free notebook and map poster based on Le Carré, the game’s setting.

Your story starts in present-day Boston, where FBI special agent Francis York Morgan must revisit the case he thought he had solved in 2005.

Both a prequel and sequel, you must work to uncover the truth behind a murder mystery into the Le Carré serial killer. Through the memories of a former FBI agent, you will solve murders and crimes committed in 2019 while also going back in time to 2005 to unravel the mystery.

You will be able to travel around the otherwise peaceful town by foot or skateboard, which can be upgraded to improve its speed or your ability to land more difficult tricks.

Deadly Premonition 2: A Blessing In Disguise will release at retail and on the Nintendo eShop for Nintendo Switch worldwide on 10th July 2020.