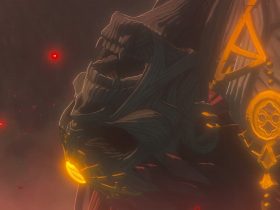 Here’s Why You Recognized The Zelda: Breath Of The Wild Sequel Trailer’s Eerie Music

Merge Games and ION LANDS have announced that Cloudpunk will release on Nintendo Switch.

This “sprawling, story-based open-world game” invites you to cruise the neon-streaked skies of Nivalis, a futuristic city in which you can explore everywhere from the underground nightclubs to the gardens in the sky.

You play as Rania, who is working her first shift for the semi-legal delivery company Cloudpunk.

With inspiration taken from story-based games such as Firewatch and Kentucky Route Zero, you will explore the vertical cyberpunk city with your hovercar or on foot – unraveling mysteries in a world of corporate conspiracy, hackers and rogue AI.

The world’s filled with characters to meet and stories to discover, with the decisions that you make having a lasting impact on the inhabitants of Nivalis.

Cloudpunk will release on the Nintendo eShop for Nintendo Switch in 2020.