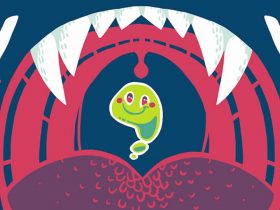 NCSOFT and Harmonix Music Systems have announced that FUSER is in development for Nintendo Switch.

Pitched as the “next evolution of interactive music gaming” it places you in control of the music, fusing together elements from hit songs to perform and create shareable custom mixes for the masses.

This non-stop virtual music festival is powered by Harmonix’s proprietary technology, which will let you seamlessly blend vocals, bass lines, and other instrumentation from different music genres and artists.

These creations can then be shared socially to allow others to view your game performances online.

“With FUSER, we are delivering the ultimate music fantasy as a game,” explains Harmonix CEO, Steve Janiak.

“Music today is an experience. It’s not just people listening to albums any more – it’s recording and sharing videos of you singing along to your favourite songs, watching your favourite bands play at festivals, and sharing hit music with your friends.

“FUSER puts players at the centre of all that by letting you mix and share some of the biggest hits on your way to becoming a festival headliner.”

NCSOFT CEO Dr. Songyee Yoon adds: “When we first saw FUSER, we instantly knew it was something special.

“It takes the amazing developer pedigree that Harmonix has developed over decades and distils the essence of creating, listening to, and sharing music where every player can be their own star. We can’t wait to see all the creations people will make.”

There are more than 100 songs that will be included in FUSER, from the world’s top artists in genres such as pop, rap, hip-hop, R&B, dance, rock, country, Latin and Caribbean. Those that have been confirmed so far are:

FUSER will release on the Nintendo eShop for Nintendo Switch worldwide in Autumn 2020.