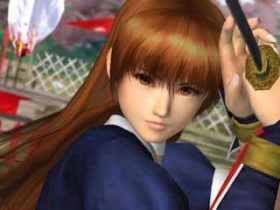 Dead or Alive: Dimensions DLC to be available in Europe

Pokémon Shuffle‘s special events continue to steadily trickle out, with a new competitive stage running throughout the next week that will let you unlock Mega Lucario.

This will be available until 5am UTC on 23rd March 2015, and will rank players based on the score they achieve on the stage – making as many attempts as they wish each day.

The results will then be announced at 6am that day, with those that place in the top 20,000 to be awarded with a Lucarionite – the Mega Stone required to allow Lucario to undergo Mega Evolution.

Mega Lucario is certainly worth unlocking, its Mega Effect erasing all Pokémon either five rows above or below whenever you make a successful match. It also has Pummel, which increases damage done by any Fighting types in a combo – all greatly increasing your chances of catching wild Pokémon.

Everyone outside of the top 20,000 will be rewarded with one Jewel, with such rewards available by checking in between 6am UTC on Monday 23rd – 30th March 2015. Good luck!