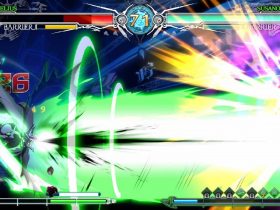 Curve Digital and Kuju have revealed Narcos: Rise of the Cartels, a brutal tactical turn-based strategy game based on the multi-award-winning Netflix series.

You will have the chance to relive the events of the first season, choosing to side with the Medellin Cartel of the DEA.

It’s the 1980s and, in Colombia, El Patrón’s influence is rapidly expanding thanks to drugs, corruption, and crime spreading out from the town of Medellin.

With America now starting to take notice, you must decide whether to help the Narcos’ drug empire rise to the top or topple the growing criminal enterprise as the DEA.

With iconic locations and characters from the Gaumont-produced series, it presents the chance to step into the criminal underworld alongside characters like El Mexicano, Murphy, Peña, Primo, and more.

Each character has their own unique gameplay abilities and perks, with units on both sides moving simultaneously – with the chance to direct them from a third-person command in critical moments.

Narcos: Rise of the Cartels will release on the Nintendo eShop for Nintendo Switch worldwide in late 2019, and at retail in Q4 2019.