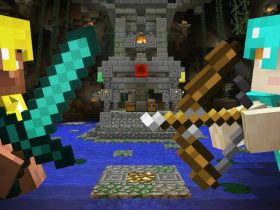 Capcom have further detailed the demo for Resident Evil: Revelations, that is due to accompany the forthcoming Resident Evil: The Mercenaries 3D – currently set to launch across North America on June 28th with a European release on July 1st.

During an interview with Resident Evil producer Masachika Kawata, Official Nintendo Magazine were told that whilst the demo will be very short it would provide fans with a feeling of what the full version will be like.

“We have included a very short Revelations demo so you can get the feel of it,” Kawata explained. “The playable character will be Jill Valentine and the game takes place inside a cruise ship liner so she goes into the boat which is like a very eerie type of Resident Evil universe.”

He continued, “There isn’t much of a storyline – it’s a very short demo – but you will get a feeling of what Resident Evil Revelations will be like.”

Whilst you can’t look forward to finding any clues regarding Revelations’ storyline, Kawata confirmed that the script for the game is now complete.

“The script has been fixed and we are full-on developing the game,” he commented. “Revelations will be shown at the Nintendo booth at E3. You’ll have to wait until E3 to find out more but everything is new from the script to the gameplay system and how we’ve developed the game.”