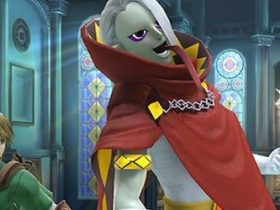 Call of Duty: Advanced Warfare could be leaping into action on Wii U, if a listing on the official E3 2014 website is any indication.

So far only confirmed for PlayStation 4, PlayStation 3, Xbox One, Xbox 360 and PC, it isn’t the first time that Nintendo fans have been cast in doubt as to Activision’s intentions. After E3 2013, it was uncertain whether Call of Duty: Ghosts would make it to Wii U before it was confirmed a month later, with the publisher looking to help drive sales momentum behind the console.

While Sledgehammer Games are handling the Call of Duty: Advanced Warfare on PlayStation 4, Xbox One and PC, an unnamed studio is looking after the accompanying PlayStation 3 and Xbox 360 versions.