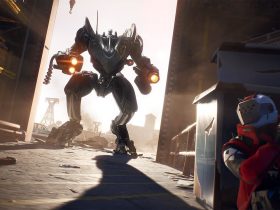 Accolade and Choice Provisions have announced that Bubsy: Paws on Fire! has been delayed on Nintendo Switch, with the bobcat-based auto-runner now expected to release this summer.

This is to allow “more time for final adjustments,” to the game, that, with four playable characters, will see Bubsy set out to stop Oinker P. Hamm from capturing every animal in the universe for his Amazootorium.

There are more than 100 levels in three different worlds, three boss battles, collectibles, and a shop where you can unlock costumes and cosmetics using in-game currency.

“The Switch version of Bubsy: Paws on Fire is in great shape, we’re in the final push on some non-gameplay aspects on Switch,” Choice Provisions co-founder Mike Roush explains.

Bubsy: Paws on Fire! will release on the Nintendo eShop for Nintendo Switch worldwide in Summer 2019.