Despite having only played half of the games in the series before this review, I had a genuine soft spot for Broken Sword. Back in the mid-nineties, my young mind had never really experienced anything like it before. I was either not born or a little too inexperienced for other point-and-click games released beforehand. Many of the LucasArts titles that are synonymous with the genre, I simply missed out on (but have experienced over recent years). For that reason, the original Broken Sword was such a unique game to me and it turned me into a fan of the genre.

One of the main reasons why I never played Broken Sword 5: The Serpent’s Curse when it first released was purely because I am not a massive fan of tackling episodic games before the whole season is out in full. When that had happened, it was no longer on my mind as much and became one of those games which I said to myself “I’ll get to it at some point.” That time has now come and while I personally prefer the first two entries, it is no doubt that some of that same quality is present here too.

Just as the other games in the series did, Broken Sword 5: The Serpent’s Curse stars American tourist George Stobbart and French journalist Nicole Collard as its main protagonists. George even still has the same voice actor playing him, just to make you feel that much more nostalgic. The gameplay is largely the same and it is very much how you would envision a newer version of Broken Sword to look if you haven’t played it for 20 years. If you are coming at this from the early games, you will certainly feel right at home, right from the start. 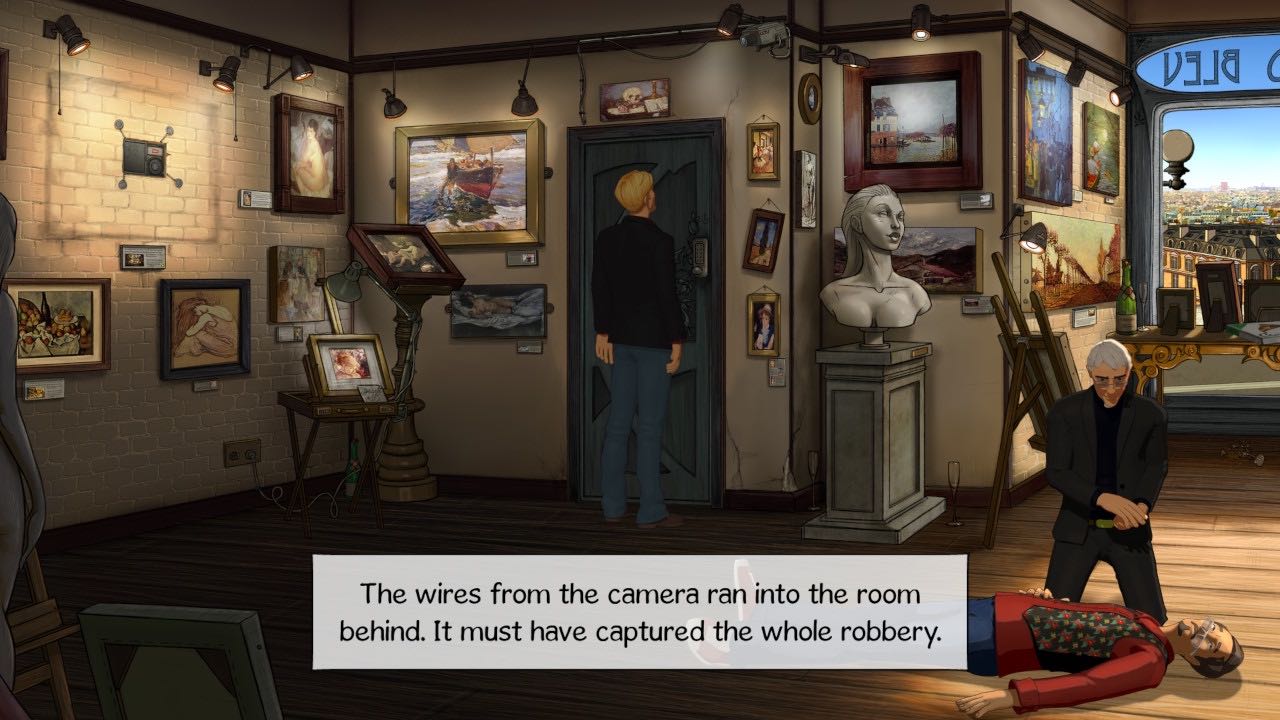 I am hesitant to focus too much on the story, but it basically involves the aforementioned George and Nicole being caught up in an art gallery theft, which then leads to a murder. Their goal at the start of the adventure is finding both the stolen goods and the murderer. Of course, that isn’t the only storyline throughout the game, but again, let’s not delve into that here.

Basic gameplay consists of scanning the environment looking for clues, speaking to NPC’s and finding items that will aid you along the way. It is a point-and-click game in the general sense, meaning to move, you simply point and then click. Purists will love that fact, but it can make the game a tad slow for those that are used to those of a quicker kind. It was never a major issue for me throughout my time playing, but at times I did wish I could just move to the other side of the screen a touch quicker than what was possible, especially whenever I was backtracking through an area that held no more for me.

Whenever you speak to people of interest, after your initial conversation, you are usually then granted the opportunity to speak to them about something more specific to your goal. Generally, this could be a person relevant to the story that you need to know a bit more about, or any items you have recently acquired and you’re not exactly sure what it is, whose it is or what it’s for. It is not always a requirement to have these conversations, as many times the particular person you are speaking to might not have any essential knowledge that you simply need to know, but it helps build up a bit of a background for the characters in question. 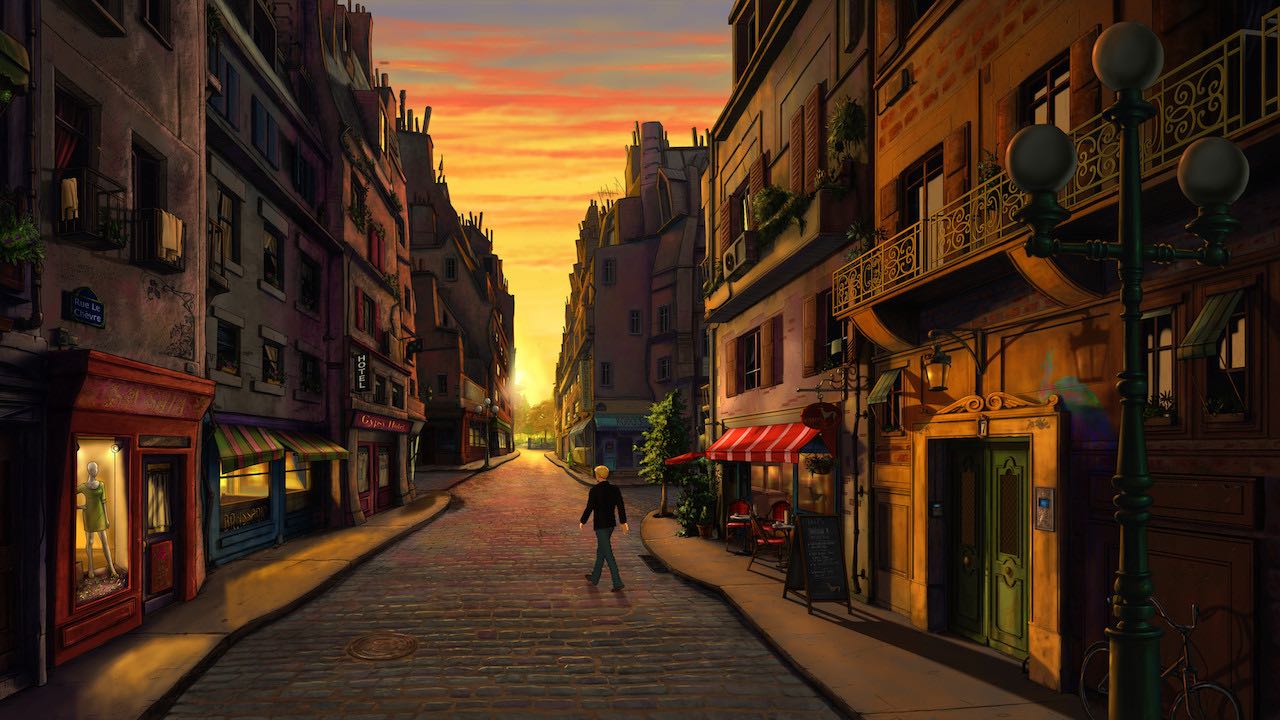 The script has always been one of my favourite aspects of Broken Sword and that doesn’t change here. The sheer amount of dialogue is not to be scoffed at and it is fully voice acted. The voice actors that fill the major roles are all perfectly fine and do a good job at bringing the world to life. What counters this, however, are some of the actors for the smaller roles, as they don’t really seem to bring as much life to their characters and as such, cause them to fall by the wayside in comparison. The tone is mostly serious but there are, as there always has been, some efforts at bringing some comedy elements in and while some moments can be genuinely funny, others seem very forced.

The big advantage that the Switch has over other console users, of course, is the fact it has a touchscreen. Point-and-click games are a natural fit for our fingertips, if they are implemented well, that is. Here, they can be slightly clunky during the main crux of the gameplay, unfortunately. When using the analogue stick to scour your surroundings, points of interest seem to have a larger area in which you can click, whereas when you are using touch, that area seems to be much smaller, to the point where you seemingly have to touch it exactly in the correct position to get a response. They still work and if you really want to play the game in that way then you can. They just felt a little off to me.

Having said that, they more than make up for it during puzzles as they work perfectly during these sections. What I started doing, in the end, was using the standard controls for everything except the puzzles so I got the best of both worlds. One word puzzle early on made it clear that the touchscreen was the clear winner to tackle them. I needed to rearrange letters around and, using the touchscreen, you can simply drag and drop to where you need them to be, whereas using traditional controls meant I had to click and hold each one to its position. Simply put, it was much more natural and a lot quicker. 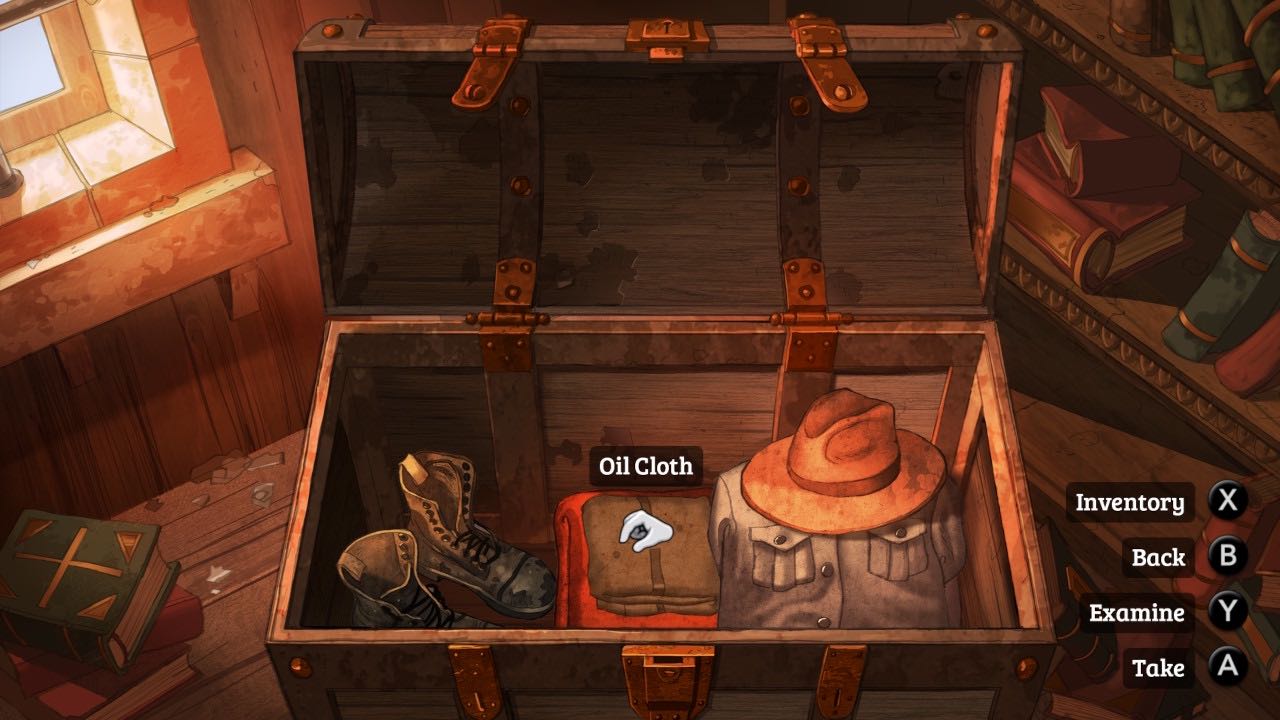 The game looks like an updated version of the original and for good reason, as it is meant to feed the nostalgic itch for gamers like me. The visuals are a mixed bag, however. The characters look great, but they are hampered somewhat by stiff animations that look off. Performance wise, it runs perfectly well on Switch, no slowdowns, no glitches. There’s nothing more I need to say on that front.

Broken Sword 5: The Serpent’s Curse doesn’t do anything special for the point-and-click genre, but that’s perfectly fine as it does exactly what it sets out to do. As a fan of the first two games, this was what I wanted. Not everything is perfect, such as the animations and some inconsistent voice acting. However, if you’re a fan, you will find a lot more to love than the average player.