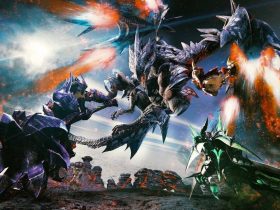 It has been two years since Bravely Second End Layer first saw release in Japan, and Silicon Studio has revealed that the game has sold more than 700,000 copies worldwide.

The sequel took place two and a half years after the events witnessed in Bravely Default, and saw Agnès Oblige, now elected as the Pope of the Crystal Orthodoxy, abducted by Glanz Empire leader Kaiser Oblivion. That soon sees protagonist Yew Geneolgia team up with Eternian Ducal Guard captain Edea Lee, young Ba’al Buster Magnolia Arch and Bravely Default hero Tiz Arrior to set out to rescue her.

We heaped praised on the Nintendo 3DS exclusive in our review, concluding: “Where Bravely Default delivered revolution, Bravely Second: End Layer presents evolution. Whisking players back to Luxendarc’s charm, it is everything that we could have ever wanted from a sequel.

“Silicon Studio strongly leads the charge in a bountiful year that promises numerous Nintendo 3DS exclusive RPGs, and in Bravely Second have made sure that the bar remains high.”