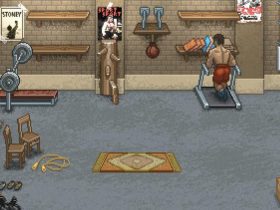 When Lily and Chrys wake their Grandpa up from a nap to demand that he tells them a story that they haven’t heard before, he imparts the tale of the grand Kingdom of Blossom. That is after they complain about having been told the story of the brave elf boy who lived in a magical land a million times already.

Blossom Tales: The Sleeping King is an action-adventure game that exuberates heartwarming charm right from the outset, even if it joins the ranks of those that choose to lurk in The Legend of Zelda: A Link to the Past’s shadow. Link is swapped out for Lily, a young girl who becomes a sword and shield-wielding Knight of the Rose at the start of your quest, whose first task is to rid the castle’s cold dungeons of its rat infestation. 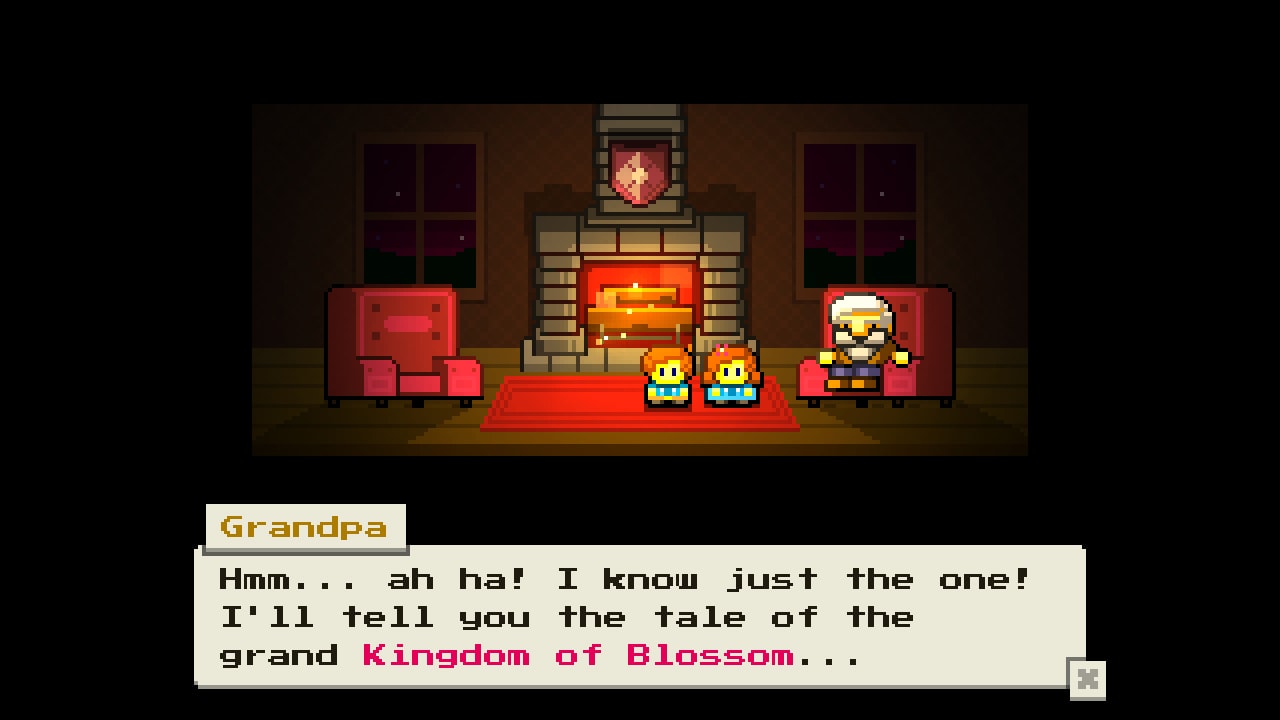 This, as you would expect, acts a tutorial dungeon to the main event, teaching you how to mercilessly swing your sword, defend against incoming attacks, glug health potions, hop down ledges, and shove statues to unearth hidden switches. There’s also the Roundhouse which, put simply, is developer Castle Pixel’s take on Link’s spin attack, but has a twist in that a Jumping Strike can be performed midway through.

After slaying the Rat King in the deepest room of the dungeons, you uncover a far more sinister plot in that the wizard Crocus plans to betray and overthrow his brother, King Orchid. Planning to conquer the entire kingdom with an army that he has secretly amassed in the Wastelands, you race back to the throne room to witness Crocus curse the King with a spell of eternal sleep.

It is at this moment that your real adventure starts, after the Knights of the Rose are commanded to search for three sacred ingredients with which a legendary potion can be concocted to remove the curse. That hunt will take you to every corner of the kingdom and into murky dungeons to topple the menacing bosses that lurk at their conclusion. You can extend Lily’s health with full hearts or by collecting four sacred heart pieces to swing the odds in your favour, while the weapons that you recover include bombs, a boomerang, and bow – all of this undeniably presenting more throwbacks to The Legend of Zelda series. And you’ll even come across Stan the Traveling Salesman, which must be a reference to The Secret of Monkey Island.

That’s not to say that Blossom Tales: The Sleeping King fails in being able to strike out with its own identity, far from it. Like many games that have come before it, it is a homage in part but, thanks to how the Grandpa continues to narrate the tale and the grandchildren squabble over what they are being told (and sometimes given the choice to influence events), it is an adventure that carries plenty of heart.

It’s beautifully presented, too, with pixel art and an energetic 16-bit soundtrack to that combine for the perfect nostalgia trip. It is the ideal accompaniment as you hack at grass to uncover coins, take a moment to consider how to overcome a puzzle, work to complete tasks that the Kingdom of Blossom’s people ask of you, and gather the materials necessary to craft weapon attachments at the Blacksmith. There’s more than enough to do, then, that makes this adventure more than worth the price of admission.

Where The Legend of Zelda: Breath of the Wild broke free from the long-held conventions that the green tunic-clad hero’s adventures had been built around, Blossom Tales: The Sleeping King pays an irrepressibly charming tribute to them. This quest to save the Kingdom of Blossom from eternal darkness is a standout addition to the Nintendo eShop for Nintendo Switch, and one that I’m certain many will enjoy sinking hours into.